Promotion makes Tagle 3rd or 2nd most powerful in Vatican 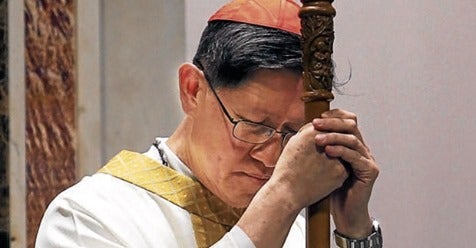 MANILA, Philippines — With his promotion as “cardinal-bishop,” former Manila Archbishop Luis Antonio Tagle is set to become the third and even the second most powerful person in the Vatican after Pope Francis.

The promotion likewise enhances his already shining reputation as a “papabile” most likely to be elected pope in the next conclave.

Tagle was appointed on Dec. 8 last year as prefect of the Congregation for the Evangelization of Peoples (CEP).

His new designation as cardinal-bishop means he would belong to an elite circle of only 11 cardinal-bishops of the Latin rite “who are consulted by the Pope anytime individually or as a group,” said Fr. Gregory Gaston, rector of the Pontificio Collegio Filippino, where Tagle stays in Rome.

Since Pope Francis is also set to issue an apostolic constitution that would set out curial reforms, Tagle will head a “super dicastery” that merges the CEP and the Pontifical Council for Promoting New Evangelization into one, making him the most important Vatican functionary together with Cardinal Pietro Parolin, who heads the Secretariat of State, or the foreign ministry of the Holy See.

The super dicastery will be more powerful than the Congregation for the Doctrine of the Faith (CDF), which Pope Benedict XVI used to head when he was still Cardinal Joseph Ratzinger, because the curial reforms would make the Holy See emphasize evangelization and pastoral ministry rather than dogma or doctrine. 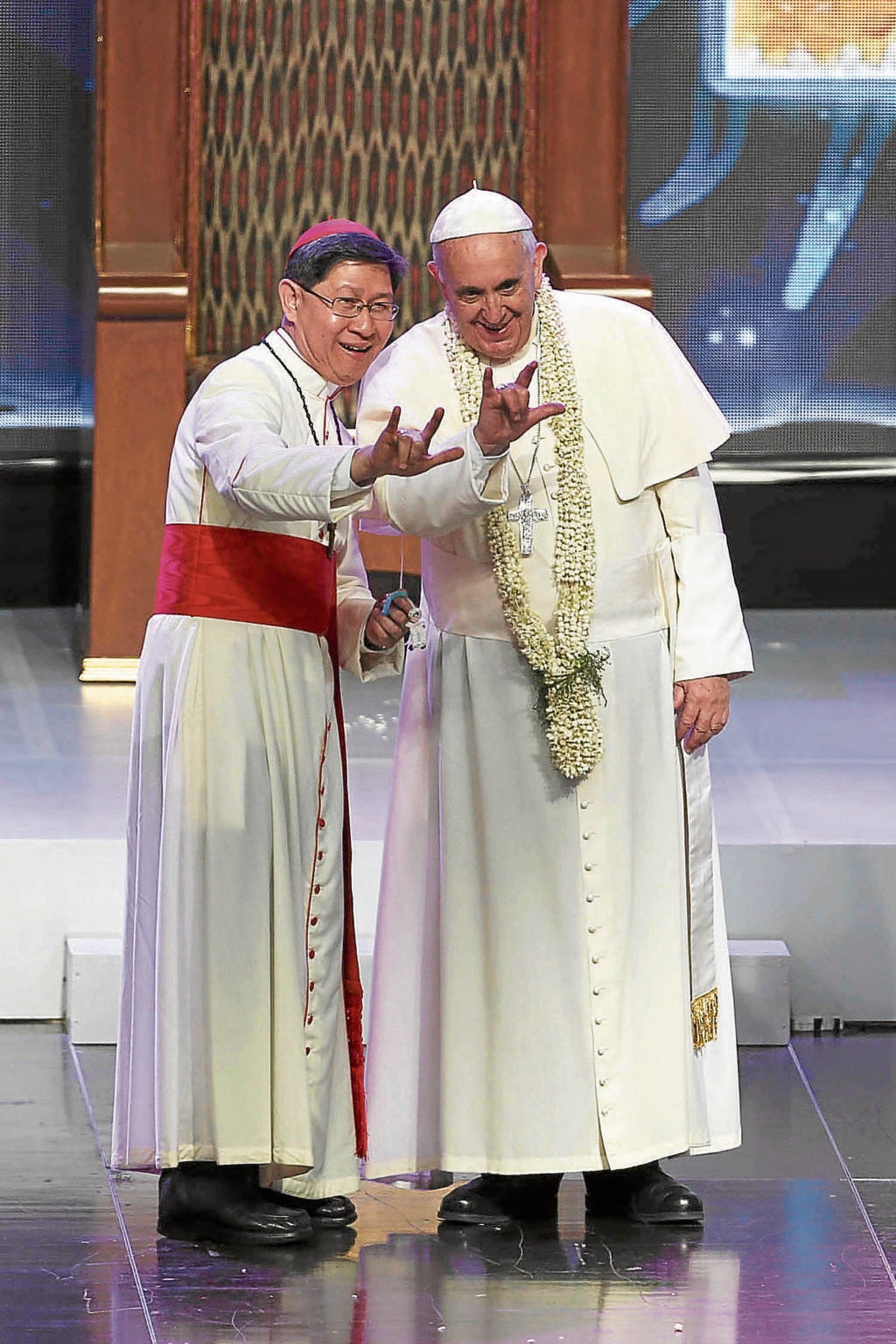 MEN ON A MISSION Cardinal Luis Antonio Tagle, then Manila Archbishop, with Pope Francis during the pontiff’s visit to the Philippines in 2015. —EDWIN BACASMAS

“There is no statement,” said Gaston on Tagle’s reaction to his promotion.

But Gaston pointed out, “Cardinal Tagle’s appointment was made public on May 1, Feast of St. Joseph the Worker. And he was named prefect of the (CEP) last Dec. 8, 2019, Solemnity of Mary’s Immaculate Conception. We turn to the intercession of the Holy Family, Jesus, Mary and Joseph, as we pray for Pope Francis, Cardinal Tagle and the whole Church.”

Gaston explained that there are three types of cardinals in the Catholic Church: “cardinal-priests” who head dioceses around the world; “cardinal-deacons” who are assigned in the Vatican; and “cardinal-bishops.”

Although as Manila prelate, Tagle is already a cardinal-priest, and as head of a Vatican office he is a cardinal-deacon, his new title as cardinal-bishop is “special,” said the rector of the Collegio Filippino, the residence of the Philippine clergy in Rome.

“Cardinal-bishops are those assigned to the Vatican but given a special role by the Pope,” Gaston said.

Also named cardinal-bishop on May 1 was Italian Cardinal Benjamin Stella, head of the Congregation for the Clergy, once headed by the late Philippine Cardinal Jose Sanchez.

The 11 cardinal-bishops do not include three patriarchs of the Oriental rite—heads of Eastern churches in communion with Rome.

Five of the cardinal-bishops have already reached 80 years of age and are no longer eligible to participate in a conclave.

Most of the six eligible are in their mid or late 70s. Stella is 78.

Filoni, a former papal nuncio to the Philippines, is 74, while Parolin is 65.

With the election of Buenos Aires archbishop Cardinal Jorge Mario Bergoglio as Pope Francis in 2013, the papacy was removed from Catholic Europe to the New World.

The next conclave would probably elect someone again from Latin America, if not someone from Asia or Africa.

Tagle’s expanded influence in the Church will be made evident once Pope Francis issues “Praedicate Evangelium,” the much-awaited apostolic constitution on curial reforms.

The reforms will decentralize church operations and streamline the Vatican bureaucracy while emphasizing evangelization and pastoral ministry, according to Honduran Cardinal Oscar Rodriguez Maradiaga, an adviser of Pope Francis on curial reforms.

All “congregations,” as the Vatican offices are known, will be named “dicasteries.”

A super dicastery will consist of Tagle’s CEP, more popularly known as the Propaganda Fide, which oversees mission territories, and the Pontifical Council for New Evangelization, created by Pope Emeritus Benedict XVI in 2010 to confront secularism in the West.

The new superbody may replace in importance the Congregation for the Doctrine of the Faith, the oldest congregation in the curia and often called the “supreme congregation.”

“Pope Francis always underlines that the Church is missionary,” Maradiaga told the Spanish-language newspaper Vida Nueva. “For this reason, it’s logical that we put in the first place the dicastery for Evangelization and not the one for the Doctrine of the Faith.” INQ

Read Next
Hospital employee nabbed with shabu in Mandaue