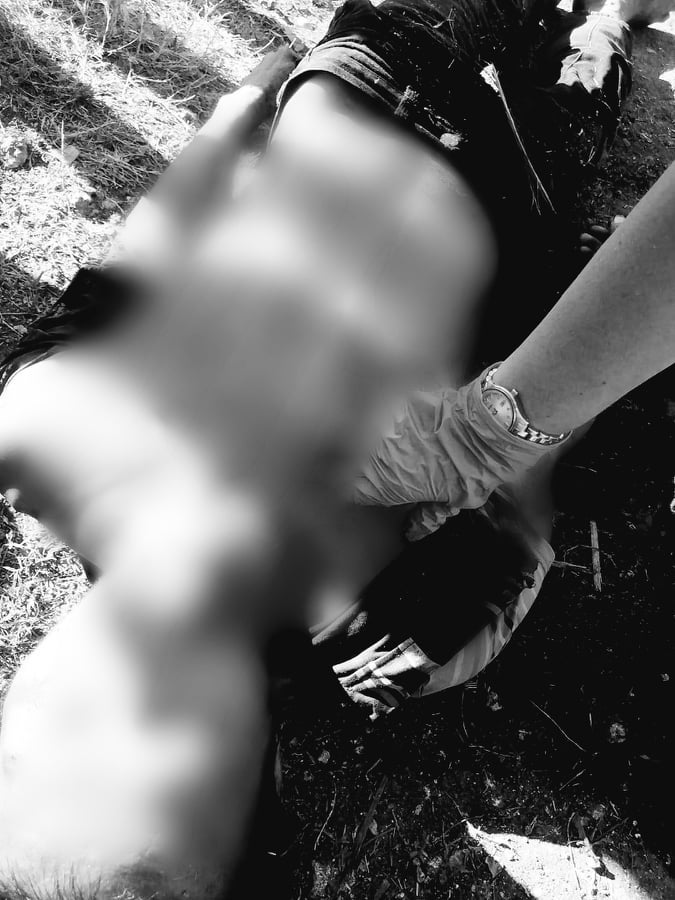 A 52-year-old man killed himself after he stabbed his neighbor in sitio Casia, Barangay Lanao, Daanbantayan, Cebu, on May 9, 2020. | Contributed Photo

CEBU CITY, Philippines — A 52-year-old man stabbed his neighbor, a 26-year-old mother, 14 times in the back with a kitchen knife and then the man slashed his throat as he turned to flee.

Edilberto Condeno, the attacker, did not reach the hospital alive while the victim, Melissa Reyes, survived the stabbing attack, said Police Staff Sergeant Ramon Catubig of the Daanbantayan Police Station.

Initial investigation showed that while Reyes was bathing her son outside her house, Condeno suddenly came up behind her and stabbed her several times in the back.

Condeno then turned and flee, but a few meters from where he attacked Reyes, Condeno suddenly slashed his throat.

Both the victim and the assailant were rushed to the hospital for treatment, but the assailant, Condeno, did not reach the hospital alive due to the loss of blood because it took quite a while for medical responders to arrive in the area.

The victim, fortunately, survived and was discharged from the hospital, said Police Staff Sergeant Catubig.

He said that Reyes was recuperating from her home.

Condeno’s wife told investigators that her husband was not himself in the past couple of days.

She said that her husband could have suffered from a nervous breakdown.

She described him as not being able to talk sensibly and had been silent in the past few weeks.

Condeno’s neighbors also told police that Condeno had not been in any conflict with anyone in the area.

For those facing huge personal problems or experiencing extreme sadness can reach out to and call Tawag Paglaum Centro Bisaya if they need someone to talk to.