Pagasa: ‘Ambo’ to trigger rains in Mindanao; may intensify into severe tropical storm 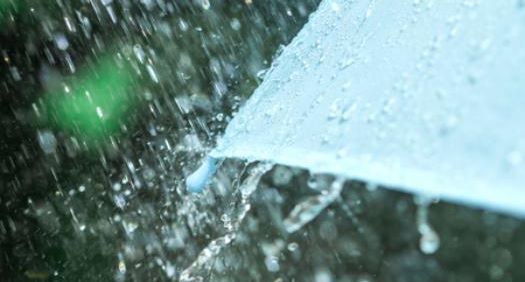 MANILA, Philippines —  Scattered rain showers and thunderstorms will prevail in Mindanao due to the trough or extension of tropical depression Ambo, which may intensify into a severe tropical storm on Thursday, the Philippine Atmospheric, Geophysical and Astronomical Services Administration (Pagasa) said.

In a 5 a.m. weather update on Tuesday, Pagasa weather specialist Ariel Rojas said “Ambo” will possibly make landfall in Sorsogon or Albay between Thursday or early morning on Friday.

“Sa forecast track, between Thursday and Friday early morning, maglalandfall si Ambo sa part ng Sorsogon [or] Albay, boundary mga Thursday po yan ng hapon (Based on the forecast track, Ambo will make landfall in Sorsogon or Albay between Thursday and Friday early morning),” he said.
Except from Mindanao, the rest of the country will experience partly cloudy to cloudy skies with isolated rain showers due to localized thunderstorms on Tuesday, according to Rojas.

Moving north-northwest at 15 kilometers per hour (kph), it is packing maximum sustained winds of 55 kph and gustiness of up to 70 kph.

The eye of “Ambo” is forecast to be 280 kilometers east of Borongan City on Wednesday. By this time, it would already be a tropical storm, according to Rojas.

On Thursday morning, it will further develop into a severe tropical storm with its center forecast to be located 135 kilometers east of Catarman, Northern Samar.

On Friday, “Ambo” will be located in the vicinity of San Narciso, Quezon, according to Rojas.

Rojas added that by Saturday morning, Ambo will exit the West Philippine Sea and will weaken into a tropical storm.

On Sunday morning, the center of Ambo will then exit the Philippine Area of Responsibility.