Dos and don’ts for video meets: If you’re in boxers…

Don’t make the mistake of US TV reporter Will Reeve, who wore a suit jacket on-cam—but no pants 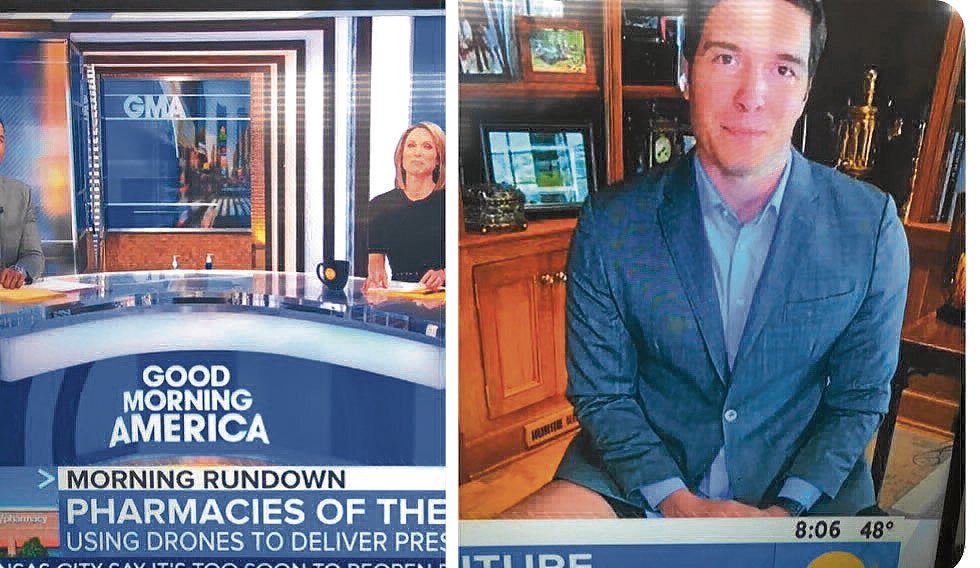 Dressing up for a video conference call should now be as easy as getting ready for a day in the office.

Smart casual is still your best bet—a collared top or smart jacket over a neutral shell for women, a button-down or collared shirt for men.

But there are other factors to consider before you take that call.

First, make sure you’re suitably covered. As long as you can be seen only from the waist up, there’s no harm in slipping on a pair of comfortable sweatpants or leggings. Don’t make the mistake of US TV reporter Will Reeve, who appeared on “Good Morning America” last month wearing a suit jacket and shirt but no pants.

The son of the late actor Christopher Reeve unknowingly took a page from his “Superman” dad and wore his underwear—boxers, reportedly—to work. His bare leg could be glimpsed under the table which he thought covered him up completely.

Second, before joining a webinar or online meeting, check your internet connection. Search “check internet speed” and run the test. You need a minimum of 5 mbps (megabits per second) for downloading or uploading purposes.

If your connection is slow and you’re using a laptop, close down all the other applications on other devices that require internet to run.

Google Chrome has been described as “a memory hog,” so close all the Chrome windows that are open on your laptop and reopen tabs as needed.

It’s also a good idea to test your mic before the video call. You can do this by video conferencing a friend or colleague before the meeting and asking them how you sound. Adjust mic volume accordingly.

While you’re on the call, remember to maintain eye contact by looking straight into your laptop camera, not down at the keyboard or your notes. Be engaged by always keeping yourself in camera view. The others can tell that you’ve drifted off when your eyes wander around the room.

Natural light coming from the side is flattering. Remember that harsh overhead light can cast shadows, so consider positioning a lamp next to you at eye level.

On the day of the meeting, choose a quiet area in your home. This might be easier said than done, given how partners, spouses, children or pets are always underfoot.

One Los Angeles-based friend who has daily video conference calls dresses up as if she were going to office, says goodbye to her husband and pet dog, then enters their bedroom and shuts the door. She’s online the whole day, emerging only for a quick lunch before “coming home” at 5 p.m.

Not everyone can do this, but we can always remind our family or housemates to keep the noise level down. The neighbor’s crowing roosters? Those might be harder to muffle.

Always keep your laptop on mute unless you have something to share with the group. Only then should you unmute yourself to speak.

Reeve, the ABC reporter who flashed some thigh, took the faux pas in stride instead of clamming up. On Twitter

(@ReeveWill) he wrote, “I have ARRIVED . . . in the most hilariously mortifying way possible.”

He was interviewed on the same show a few days later where he said, “Anything with a camera, make sure you frame your shot…On a personal note, I try to take life seriously, but not myself.”

Find a job in your barangay on Mynimo.com

The beauty in supporting small and local businesses