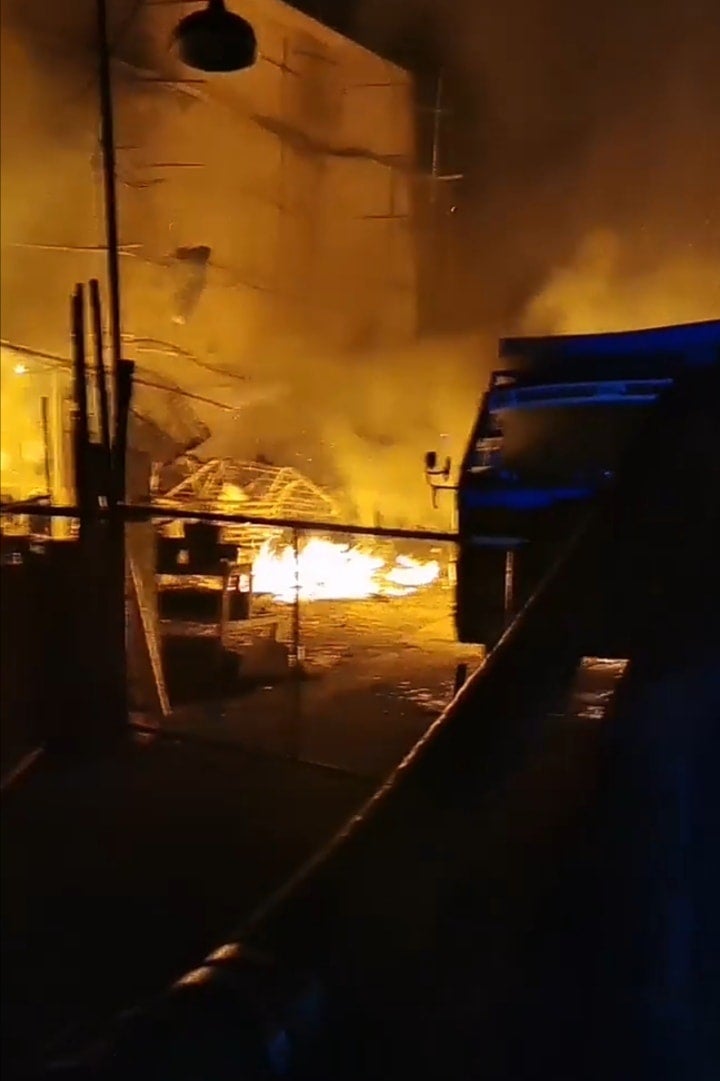 The fire that damaged two establishments in Liloan town was said to have been caused by an open flame. | Contributed Photo

A post on the town’s official Facebook page said that Frasco has ordered the Bureau of Fire Protection (BFP) and the Philippine National Police (PNP) to do a joint investigation on the fire that broke at around 6:34 p.m.

Fire Inspector Harley Glenn Galpo of the Liloan Fire Department had already told Frasco that they are now investigating reports that the fire was caused by an open flame (daob).

The Tuesday night fire was raised to third alarm and was placed under control at 7:20 p.m.

It damaged a Liquified Petroleum Gas (LPG) sales and storage area and a surplus vehicle display area in Purok Avocado in Barangay Poblacion.

A certain Chrismal Yrog-Yrog was said to have sustained second-degree burns and was brought to a hospital for treatment.

“Mayor Frasco extends her gratitude to Liloan’s firefighters and first responders for their immediate response to the fire incident,” said the town’s Fb post.

Read Next
Damages in Liloan fire estimated at P2 million