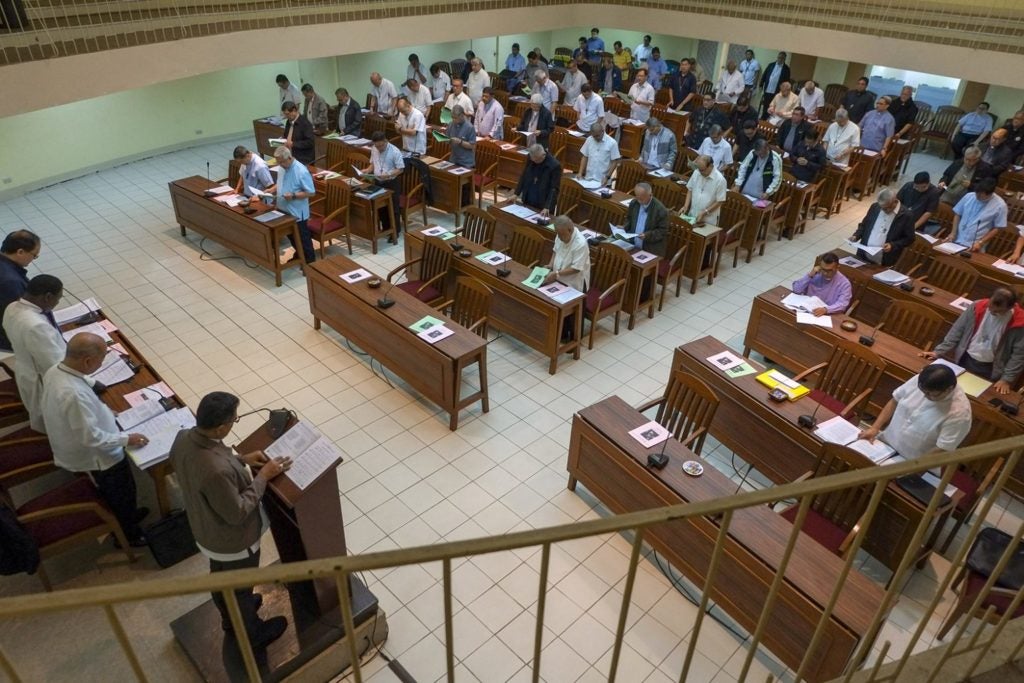 MANDAUE CITY, Cebu — The Secretariat of the Catholic Bishop’s Conference of the Philippines (CBCP) has announced on Friday, June 5, 2020, the cancellation of its plenary assembly that was supposed to be scheduled in Manila in July citing “the present health condition caused by the COVID-19 pandemic.”

This is the first time that the CBCP has decided to cancel its plenary assembly to heed the government prohibitions against mass gatherings, said an advisory that was posted on its social media page.

Fr. Marvin Mejia, CBCP secretary-general, was also quoted in the advisory saying that even the bishops’ annual retreat, which would usually precede the July assembly, would also have to be moved to January 2021.

CBCP holds two annual gatherings of the bishops. Its first gathering was held in January while the second one was supposed to be held at the Pius XII Center on July 11 to 13.

The plenary assembly that is held twice a year is considered as the “highest decision-making body of the CBCP.”

“When they are not in session, the Permanent Council acts for and on behalf of the conference,” the advisory said.

Its beginnings may be traced back in 1945 when the conference was still known as the Catholic Welfare Organization (CWO).  The CWO became the Catholic Bishops’ Conference of the Philippines in January 1968 in line with the Vatican II developments.

The advisory said that since CBCP’s creation, this was the first time that the bishops’ plenary assembly was cancelled because of the threat of the coronavirus disease./dbs