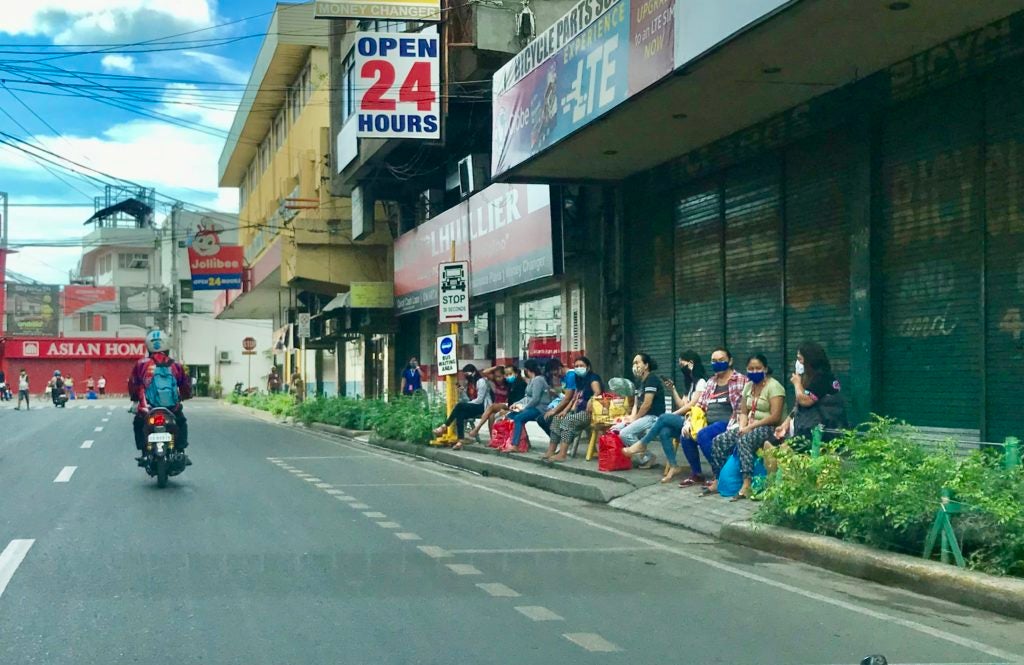 Commuters wait for a ride in a bus/jeepney stop in Barangay Centro in Mandaue City in this photo taken on May 28, 2020. CDN Digital photo | Brian J. Ochoa

CEBU CITY, Philippines–Commuters in Mandaue City shouldn’t expect public utility jeepneys back anytime soon as the Traffic Enforcement Agency of Mandaue (TEAM) says there is still no plan of allowing them to operate in the city.

Lawyer Jamaal Calipayan, TEAM executive director, told CDN Digital that even though the city is now under general community quarantine, there is still no plans of allowing PUJs in the traffic scene since there is still no guidelines from the Inter-Agency Task Force on Emerging Infectious Diseases (IATF).

Read: Tricycles in Mandaue to ply within the interior roads only

(We do not encourage our jeepney drivers to operate yet because implementing the requirements such as social distancing will still be very hard for us to regulate. So for now we will have to do with our mass transport that is allowed by the LTFRB.)

Read: Mandaue now has 71 buses plying in and out the city

However, Calipayan said that PUJ drivers may apply for a special permit to operate in the city in the office of the LTFRB in Central Visayas.

(Jeepney drivers can go to the LTFRB to apply for special permits, but they will only be granting those mass transport who can implement the health guidelines, that is why it will still be a challenge for jeepneys.)

For now, buses, tricycles and some e-jeepneys are the ones operating in Mandaue so far, according to Calipayan. /bmjo

Read Next
Part of China’s Great Wall not built for war: study