Police deployed along Gorordo Avenue tasked to ‘protect the community’ 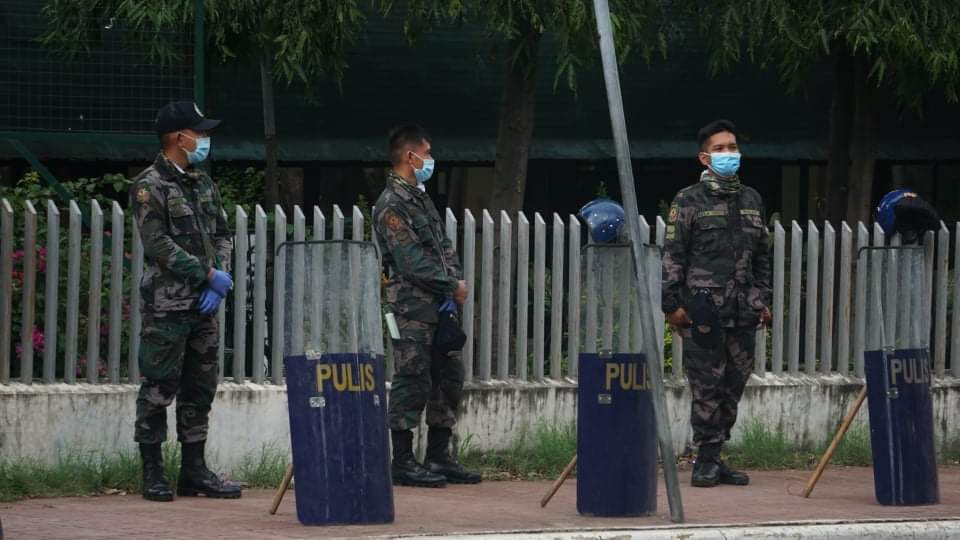 According to Police Colonel Cydric Earl Tamayo, officer-in-charge of CCPO , the policemen were deployed in the area to make sure that there will be peace and order in case a rally will be staged.

Tamayo said the task of the police in the area was to protect the community, especially since that city is still under general community quarantine (GCQ), which means that there are still health protocols that need to be strictly observed.

“The instruction of the chief PNP is to observe the guidelines in different places,” said Cebu City Police Chief Tamayo.

Several policemen in full gear were stationed in front of the University of the Philippines (UP) Cebu campus, where a controversial rally happened a week before.  Tamayo said the police were only there to make sure that orderliness will be followed should there be a rally.

Sometime around 10 p.m., a few meters away from where the policemen were, a few militant groups staged a “lightning rally” which only lasted about 31 seconds.

The policemen and the militant groups did not have a chance to meet as the rallying group immediately dispersed even before the cops arrived.

Tamayo, in an interview with the media, said that if they encountered with the group, they would have asked for their permits to rally and advise them to go home if they would fail to show the document. /bmjo