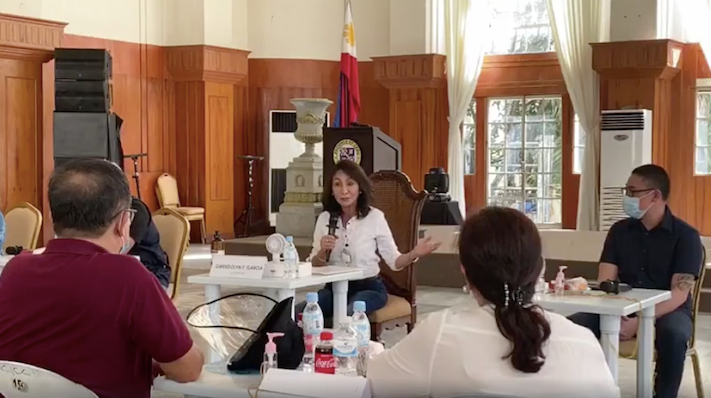 CEBU CITY, Philippines — The Capitol has ordered component local government units (LGUs) to lift localized lockdowns in purok, sitio, or barangay levels that did not have an endorsement of the governor and the approval of the Regional Interagency Task Force (RIATF).

In a memorandum to the mayors of its 44 towns and six component cities, Governor Gwendolyn Garcia told the local chief executives to observe the proper procedure in implementing a localized lockdown in their jurisdictions.

Based on IATF Resolution No. 29, provincial governors are authorized to impose, lift, or extend the enhanced community quarantine (ECQ) status of their component towns and cities.

The mayors of the towns and cities, on their part, “are authorized to impose, lift, or extend, ECQ in barangays, upon the concurrence of the relevant regional counterpart body of the IATF.”

“Relative thereto, no barangay, purok, or sitio shall be declared under an Enhanced Community Quarantine states or lockdown without the imprimatur of the Governor and the concurrence of the Regional IATF,” Garcia’s memorandum to the mayors read.

The governor issued the memorandum following the report of Moalboal Mayor Paz Rozgoni that she was being pressured by other municipal officials to impose a lockdown on an entire community in Barangay Bugho after five residents belonging to one family tested positive for the coronavirus disease.

On several occasions, the governor had stated opposition to wide-scale lockdowns in communities where a resident tests positive for the coronavirus disease.

Garcia, in earlier statements, said it would be a financial burden for LGUs to supply the needs of all the families of an entire barangay or sitio if they will be under total lockdown.

In the same memorandum, Garcia reiterated her order for “unauthorized” lockdowns of barangays, sitios, or puroks to be lifted.

“Checkpoints, barriers, and other similar obstructions set up in barangays, sitios, or puroks to prevent the entry of persons shall be removed,” she added.

Earlier this month, Garcia has already ordered the removal of all checkpoints in barangays and sitios following alleged harassment of a barangay official to a returning OFW in Catmon.

In the incident, the barangay official, who was manning the sitio checkpoint, refused to allow the entry of the repatriate despite complete documents including a negative test result for the coronavirus disease. / dcb