Talisay City under GCQ on Monday 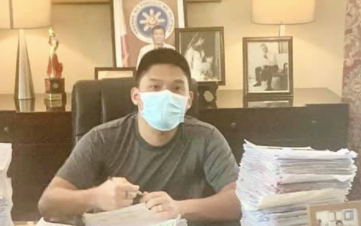 With the downgrading, which Gullas refers to as “GCQ nga murag MECQ” (GCQ that seems like MECQ), the mayor has called on his constituents to continue to cooperate by observing the established protocols against COVID-19.

“As an individual, wear a mask when going out, practice social distancing, follow government protocols and kami sa gobyerno maninguha sad kuyog ninyo (and we in government will try to be with you on these battle),” Gullas said.

“Most importantly, as I always say, wearing a mask, practicing social distancing, following government protocols and staying home if you don’t need to go out is your best way of thanking our frontliners for what they do everyday,” he added.

To recall, Talisay City has been the only city in the country placed under MECQ pursuant to the June 15-recommendation of the National IATF.

Local officials here had since suspected that the distinct classification of the city was caused by the “erroneous” data on the recovery rate of the city’s coronavirus disease (COVID-19) cases.

Cebu Governor Gwendolyn Garcia has issued Executive Order No. 17-E last Thursday, June 18, de-escalating the quarantine status of Talisay City and making it uniform with the rest of the province that is now under GCQ.

Under the national IATF’s Resolution No. 29, as amended by Resolution No. 30, provincial governors have the authority to “impose, lift, or extend ECQ in component cities (CCs) and municipalities upon the concurrence of the relevant regional counterpart body of the IATF.”/dbs