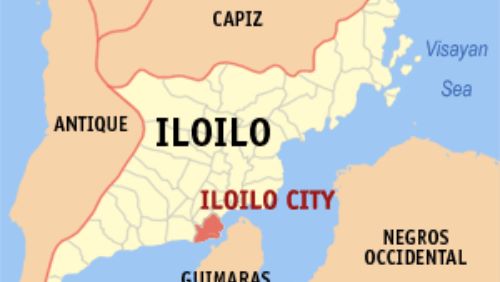 ILOILO CITY — More than 300 residents living along the coastal areas here were evacuated on Saturday amid an oil spill from a power barge that was damaged by an explosion on Friday.

The Iloilo City Risk Reduction Management Office (CDRRMO) reported that as of 10 a.m. on Saturday, 91 families or 321 individuals were evacuated from Barangay Bo. Obrero in Lapuz District due to fumes from bunker fuel spilled into the waters of the Iloilo River.

Mercurio said they have been working to prevent the spill from being carried by the water current to neighboring towns.

The oil spill was triggered by an explosion from Power Barge 102 docked at Barangay Bo. Obrero and have spread to an area reaching at least 1,200 square meters as of Saturday evening. The explosion tore a one-foot-wide hole in the hull of the power barge but no injuries were reported.

The power barge operated by the Ayala-owned AC Energy Corp. is estimated to be carrying 200,000 liters of bunker fuel.

Spill booms have been placed around the barge to prevent the spread of the spill as oil is scooped or retrieved from the water surface using skimmers.

The oil spill is among the biggest since 2006 when 2.1 million liters of bunker fuel spilled in the waters of Guimaras Island after the tanker MT Solar 1, chartered by Petron Corp., sank in stormy seas southeast of the island.

The 2006 oil spill contaminated the island’s rich and diverse ecology and was considered the country’s worst marine disaster.

Gabino Ramon Mejia, head of plant operations of AC Energy Corp., said they are still investigating the cause of the explosion.

Mercurio, in an earlier interview, said there was work with the use of acetylene on the barge before the explosion.

“We have contained the leak and our focus is in retrieving the leaked oil and assisting affected residents. But we plan to bring an independent or third-party investigating team to determine the cause so this will be prevented from happening again,” Mejia told the INQUIRER.

He said they have provided assistance to the evacuated families including food, water, folding bed, blankets, and pillows.

“We will provide assistance so that the affected families are taken cared of,” Mejia said.