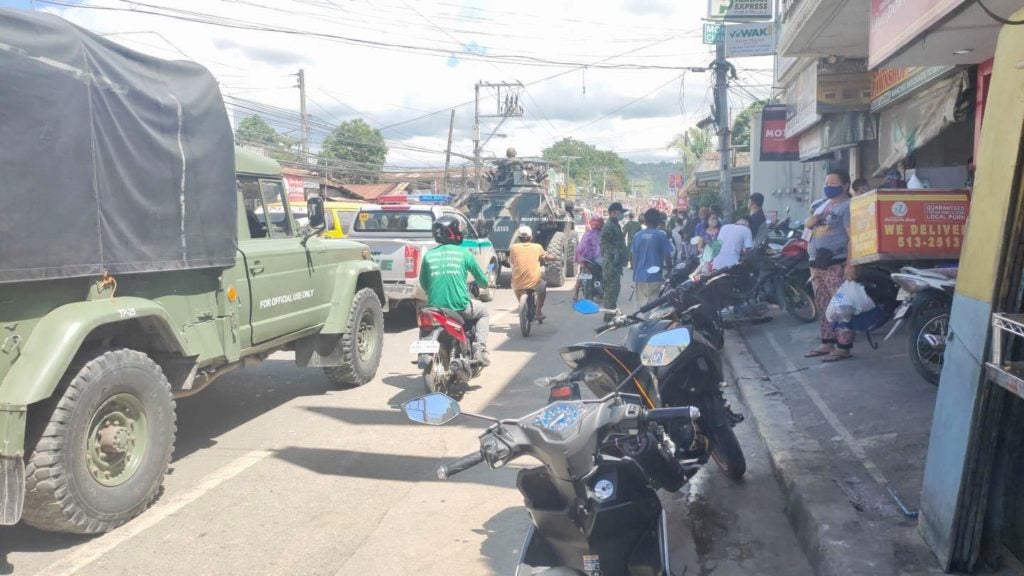 CEBU CITY, Philippines — It is still the start of the week, but the Talisay City police have already caught another 27 individuals during their morning patrol today, July 6, 2020, around the city.

The joint patrol, which was made up of policemen, soldiers and jail guards, was implemented after Talisay City Mayor Gerald Anthony “Samsam” Gullas Jr. requested for regular patrols and recorrida around the city to ensure that GCQ protocols were observed.

Last Friday, during one of the joint patrols, they also arrested 27 individuals, violators of the GCQ protocols.

“The apprehended persons were boarded in the military vehicles and BJMP (Bureau of Jail Management and Penology) vans and were brought to the detention facility in  Barangay Tapul for proper disposition,” said Pelare.

While conducting the patrol to make sure that the public have been following the health protocols, Pelare said that the authorities also engaged with the public to remind them about the protocols and basic information about COVID-19./dbs