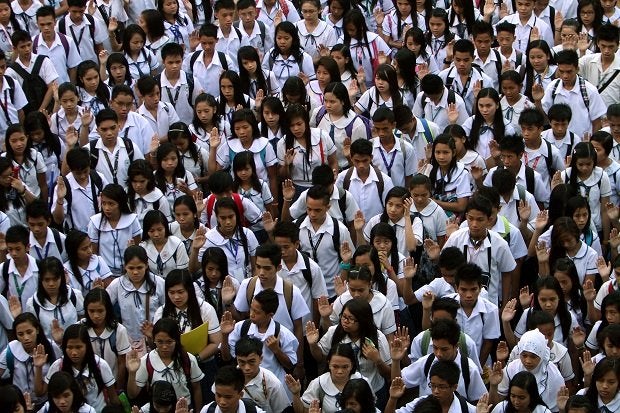 CEBU CITY, Philippines —The Commission on Audit (COA) has flagged the underutilization of education funds by the Lapu-Lapu City government for 2019.

The SEF is the funding source of the supplementary annual budgetary needs for the operation and maintenance of public schools.

The underutilization of the funds, COA said, resulted to the failure “to meet the commitments made by the LGU as laid down in its 2019 Local School Board Budget and depriving the students of the early enjoyment of the benefits from the priority projects of the SEF.

Quoting the Local Government Code, the state auditors said the authority to disburse funds in line with the prepared budget for the year is among the functions of the LSB.

“The funding support for the operation and maintenance of public schools, the construction and repairs of school buildings, procurement of facilities and equipment, among others, are sourced from the Special Education Fund (SEF) as provided under Section 272 of RA No. 7160,” COA cited in its audit report which covers until December 31, 2019.

“Annually, this is made operative through the passing of the Local School Board (LSB) Budget, which enumerates the priority programs and projects of the public education sector of the Local Government Unit for the year,” the report added.

“Review of the submitted Status of Appropriation, Allotments and Obligations (SAAOB) as of December 31, 2019, prepared by the City Budget Office disclosed that out of the various Local School Board programs and projects, only ₱34,614,021.93 or merely 9.45 percent was obligated during the year. Further verification showed that out of the total continuing appropriations, only ₱7,084,642.07 or 1.88 percent was utilized,” the audit report said.

Status of Appropriation, Allotments and Obligations (SAAOB) as of December 31, 2019 for the 2019 current budget.

Only 1.88 percent of the 2019 continuing appropriation under the Special Education Fund of Lapu-Lapu City was utilized .

For the continuing appropriations, only P1.1 million for the elementary programs were obligated and P5.9 million fr the secondary level.

According to COA, the City Budget Office explained that the Local School Board approved the cancellation of some of the identified programs and projects in the city due to the non-realization of the collection target for the year.

COA said the reassignment of the Department of Education Division Superintendent, who co-chairs the school board, contributed to the non-implementation of the projects and non-utilization of the funds.

“The non-optimization of the SEF budget deprived the constituents of the benefits from the proposed projects and to support the education department’s goal in upholding academic excellence of the youth students in public schools,” COA said.

“Thus, the LGU and its Local School Board were not able to optimize its support towards the strengthening of basic education and also did not fully consider the urgent needs of the public education sector,” it added./dbs