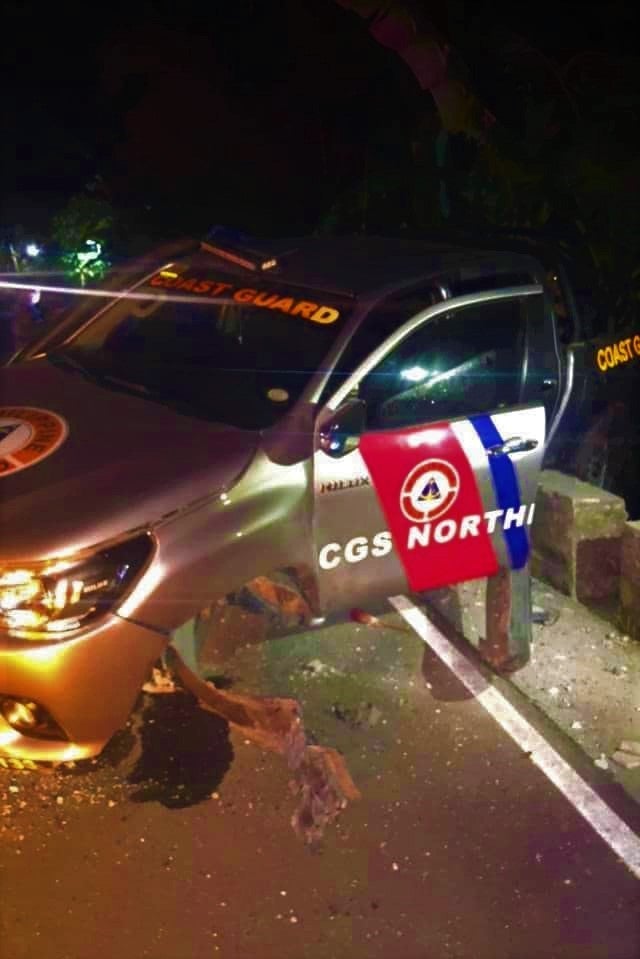 A vehicle of the Philippine Coast Guard (PCG) boarded by seven personnel encountered a vehicular accident along Barangay Ilihan, Tabogon, Cebu at around 04 a.m. this Friday, 24 July 2020. | Photo from PCG

CEBU CITY, Philippines — A vehicle of the Philippine Coast Guard in Central Visayas (PCG-7) figured in a road accident while traversing along Barangay Ilihan, Tabogon town, northern Cebu at around 4 a.m. this Friday, 24 July 2020.

The vehicle carrying seven personnel of PCG-7 was damaged at the rear and front left tires during the incident and caused minor injuries among the four personnel identified as PO3 Garry Acob, SN1 Nicanor Nuñez, SN2 Mardieh Radaza, and ASN Charles Rusiana.

In the PCG-7 report, those involved in the accident were personnel of the Coast Guard Sub-Station in San Remigio who came Danao City Port after assisting the survivors of the fire onboard MV Filipinas Dinagat.

The driver, ASN Arjay Tusin, said that a person suddenly crossed the street which prompted him to swerve to avoid hitting the person and ended up crashing on the concrete barriers at the side of the road.

Read Next
Electrical failure eyed as cause of fire on ship