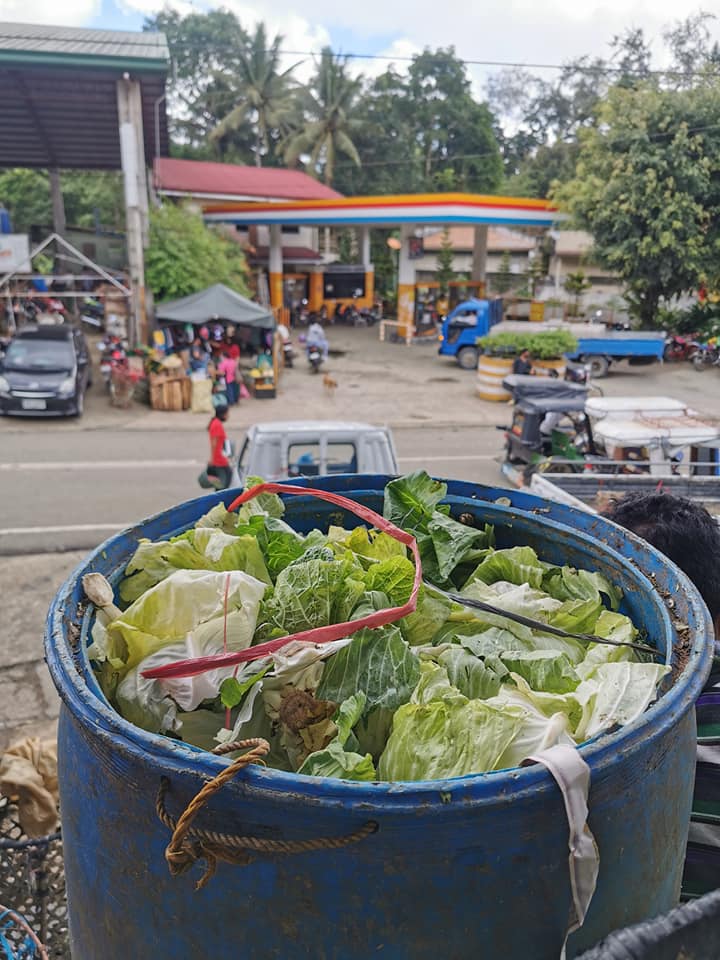 Surplus of unsold vegetables harvested from Cebu’s vegetable bowl in Barangay Mantalongon, Dalaguete town turned into waste, prompting farmers there to call for help from the government. | Photo courtesy of Lorraine Mitzi Ambrad

Cebu City Spokesperson Rey Gealon said that Executive Order No. 84 had ensured the delivery of essential goods would remain unimpeded in any of the checkpoints going in and out of the city.

This was the city’s response on reports that Dalaguete farmers had suffered through the decreased demand for their goods resulting to waste of the vegetables.

The decreased demand was partly due to the strict entry to the Carbon Market in Cebu City, which is the main hub for goods from Cebu’s provincial agricultural towns.

“I believe it’s more of apprehension and hesitation on the part of the vegetable growers to pass through Cebu City due to our quarantine status and strict health protocols,” Gealon said.

“There is no order from the Mayor to that effect. In fact, the Mayor echoes the call of IATF pursuant to its issued guidelines that the transport and delivery of essential goods must remain unimpeded – no matter the quarantine status,” he said.

Mayor Edgardo Labella has already instructed the Market Administrator’s Office to ensure that the entry of goods to the city remains smooth, especially that the demand for goods remains high in Cebu City.

Although Dalaguete had reported the inability to deliver their vegetables to Cebu City, Gealon said the city did not experience a surge in prices of agricultural products.

This is mainly to the strict monitoring of the Market Authority of the Department of Trade and Industry’s price freeze of products.

Gealon assured that even mobile markets deployed in the barangays price their goods similar to the basic retail price in the Carbon Market.

The city government also expressed gratitude to the farmers and animal raisers in Cebu who continued to struggle through the effects of the COVID-19.

Gealon said the city strongly believed that without the supply from the farms all over Cebu, the Cebuanos would not have enough nourishment to combat the virus.

With this, he said the city would remain open for the goods from the province, which the city badly needed as well. /dbs