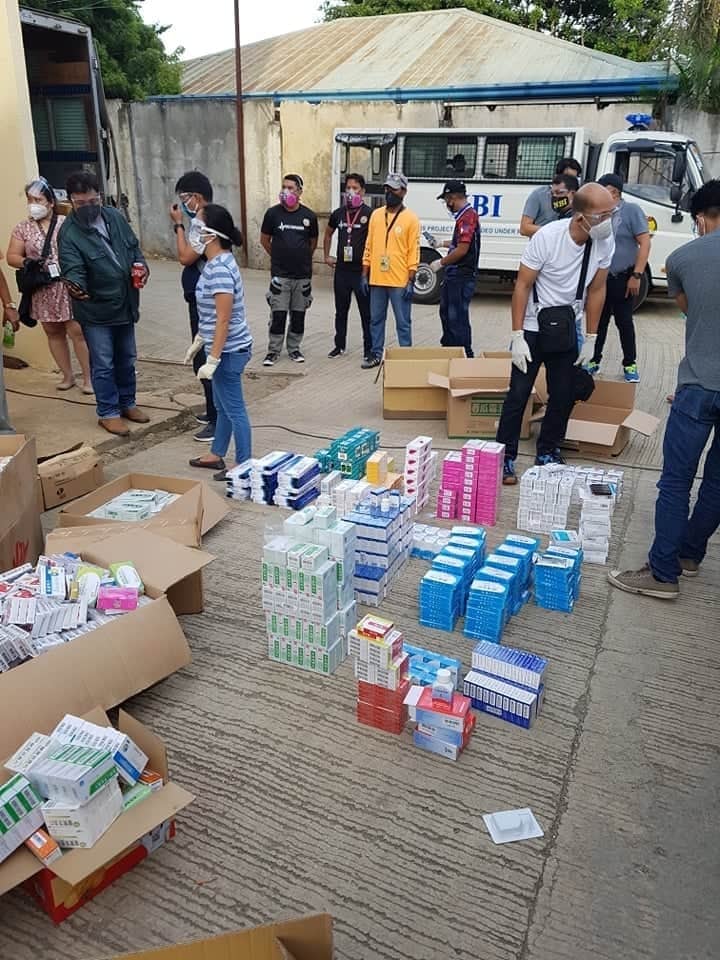 A man who introduced himself as a doctor from China and sold unregistered pharmaceutical products is arrested by the National Bureau of Investigation Central Visayas Region (NBI CEVRO) in Barangay Mactan, Lapu-Lapu City, this morning, July 27, 2020. | Photo Courtesy of Paul Lauro

CEBU CITY, Philippines — A Chinese national was arrested by agents of the National Bureau of Investigation in Central Visayas Region (NBI-CEVRO) after he was caught with P10 million worth of pharmaceutical products that were not registered with the Food and Drugs Administration (FDA).

Enrile said that Ke introduced himself as a doctor from China and sold medicine and other medical equipment in the area.

The medical equipment and unregistered pharmaceutical products confiscated from the suspect was estimated at around P10 million.

Enrile sid that Ke was holding a clinic and admitting patients in his rented home but he could not provide a license for his practice.

“He is not only selling but also practicing as a medical doctor. But wala siyang license naipakita,” said Enrile.

(He is not only selling but also practicing as a medical doctor but he could present any license.)

Ke was said to have been in a subdivision where he was renting a house for more than six months and have become popular there since most of the residents in the subdivision were also Chinese nationals.

Enrile said that it was easier for them to gather information about the illegal transactions of Ke after several concerned citizens also reported about him.

Ke is now being detained at the NBI CEVRO detention facility while the charges are being prepared for violating sections 10 and 11 (selling unregistered pharmaceutical products) of RA 9711 or the FDA Act, section 4 (scope of the practice of pharmacy) under RA 10918 or the Philippine Pharmacy Act and Medical Act of 1959./dbs

Read Next
Selenium, An Important Factor in the Fight vs Covid 19