No total closure of Carbon market amid mass testing — Labella 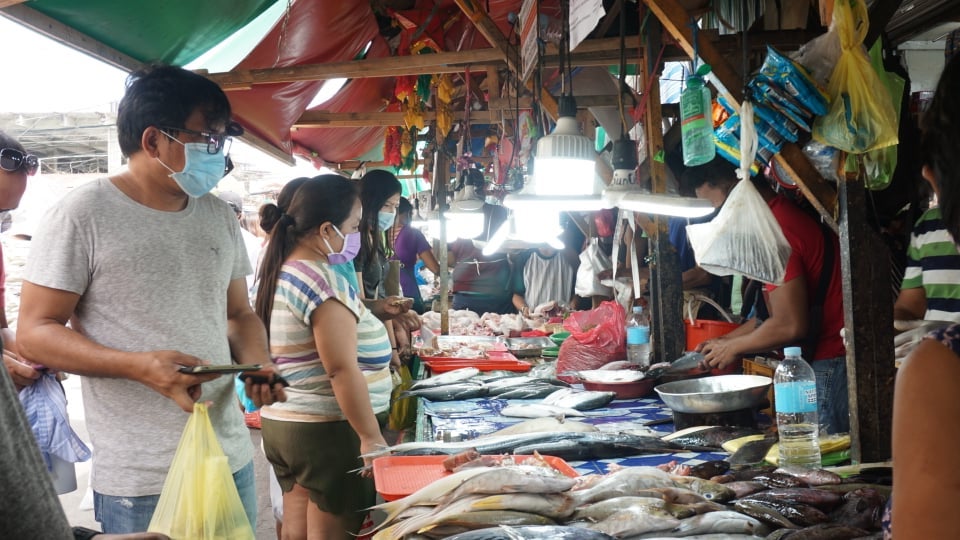 Market-goers flock to the Carbon Public Market in Cebu City to buy basic necessities before the start of the enhanced community quarantine on March 28, 2020. | CDN Digital file photo

Cebu City, Philippines — Cebu City Mayor Edgardo Labella assured businesses, who relied on the Carbon Market for products, that the city’s largest public market would not close down even if the city planned to conduct a mass testing among the vendors.

Labella said that the protocol for coronavirus disease 2019 (COVID-19) positive vendors would still be the same as the other patients from sitios, where they would be isolated or quarantined and a portion of the market where the stall of the vendor was located would be closed off.

In this way, should there be vendors, who contracted the virus, the rest of the market will not be affected and the supply of goods will not be cut off.

“It will be like a granular lockdown, that only the affected stalls and those around it will be closed. We will not close the entire public market,”Labella  assured.

He also assured the public that supplies would not be affected because of this planned mass testing of vendors.

Lawyer Rey Gealon, Cebu City spokesperson, said that the mass testing was still being studied whether it should rapid tests or swab tests.

While discussions are ongoing, the Market Authority is already tightening the security in the area to ensure that the public will follow the health protocols once going inside.

The city government is determined that the test will be done to the vendors as the Department of Health (DOH) recommended this to be done.

The DOH said that it suspected community transmission in the market as recent active cases report a history of going to the market.

Gealon said it was necessary to conduct the mass testing because the city was expected to downgrade to a general community quarantine (GCQ), and the market would be one of the places people would be expected to flock. /dbs