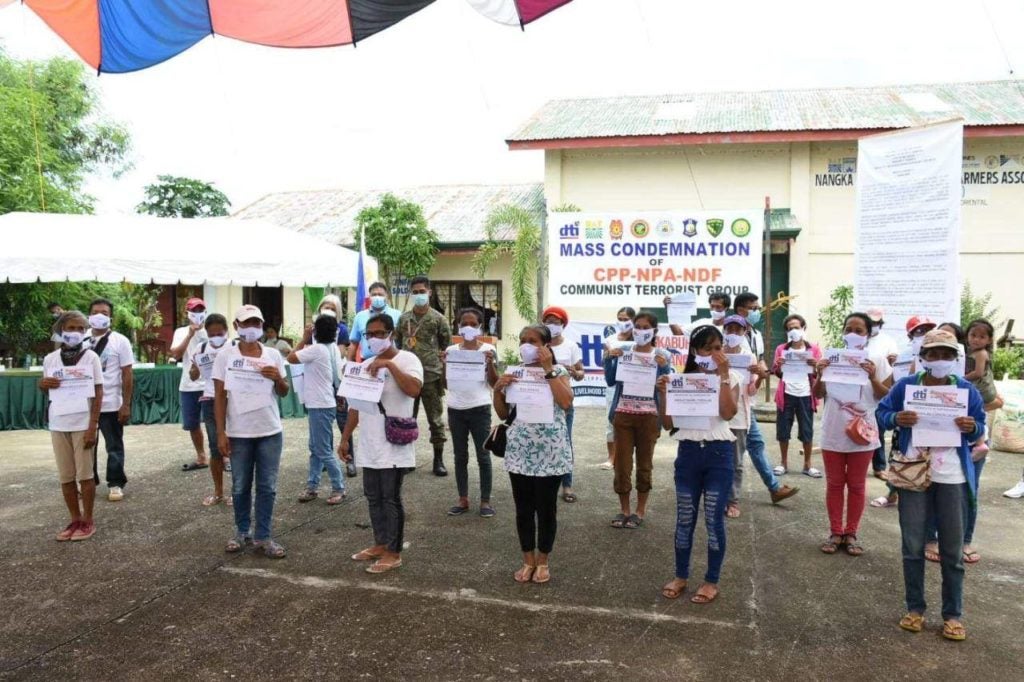 Residents of Barangay Nagka in Bayawan City, Negros Oriental gathered at the Nangka Agrarian Reform Farmers Association (NARFA) compound in Sitio Ondol to condemn the presence of rebels in their community. | Photo courtesy of 11IB

CEBU CITY, Philippines —Residents of Barangay Nangka in Bayawan City, Negros Oriental do not want rebels to stay in their community.

To show their condemnation against members of the Communist Terrorist Groups-New People’s Army (CTG-NPA), residents have declared them persona non grata and burned NPA flags during a peace rally held on Monday, August 3.

“This activity only shows that these terrorists are not welcome here in Barangay Nangka. The residents made a clear commitment of support to the government’s fight against communist insurgency,” said Lieutenant Commander Ramir Redosendo, Commander of the 11IB.

In a statement, the 11IB said that the gathering in Barangay Nangka is also in support of the government’s “Whole-of-Nation” campaign that is aimed at putting an end to local communist armed conflicts in Negros Oriental.

Before the gathering ended, residents led by Nangka barangay captain Roel Cadalso made their oath allegiance and joined in the signing of a barangay resolution declaring rebels as persona non grata. / dcb

Read Next
US vs China: The real Cold War