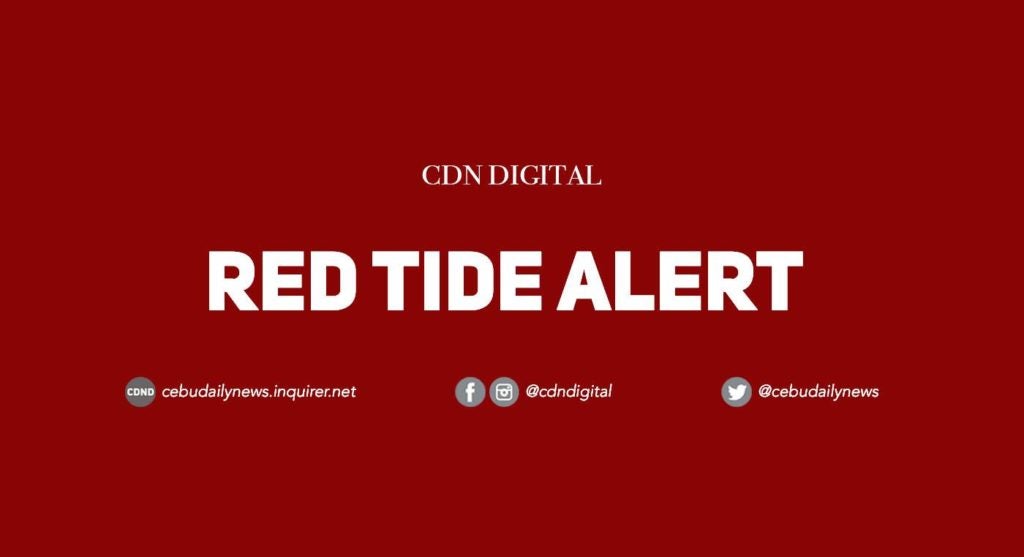 CEBU CITY, Philippines — The Bureau of Fisheries and Aquatic Resources in Central Visayas (BFAR-7) is warning against of consuming gleaning shellfish or “kinhason” from Tambobo Bay and Bais Bay in Negros Oriental following the detection of red tide toxins there.

BFAR’s recent laboratory results from Manila confirmed that the samples taken from these areas are found with “paralytic shellfish poison (PSP) that is beyond the regulatory limit.”

Red tide is the common term used to describe a coastal phenomenon, wherein water is discolored by high algal biomass or concentration of algae.

On the other hand, red tide blooms are commonly caused by environmental conditions such as the intensity of sunlight and the change in water temperature, salinity, and nutrient levels.

BFAR-7 Director Dr. Allan Poquita appealed to the nearby communities to refrain from harvesting, buying, selling or eating any type of shellfish in these areas.

He said these are unsafe for consumption, except for fresh fishes, shrimps, squid and crabs that may be eaten if washed thoroughly.

“The gills and intestines of fishes must be removed before cooking,” said Poquita.

Dr. Florencia Mepaña, Negros Oriental Provincial Fishery Officer, said the office is closely coordinating with the provincial government, especially in monitoring regularly the major bays, rivers and other shellfish sites in the province.

She also said that the concerned local government units (LGUs) have already secured the area to ensure the safety of the consuming public.

The two Negros Oriental bays are now added to the list of red tide-affected areas in the country, which includes the coastal waters of neighboring Dauis town and Tagbilaran City in Bohol province.

“Shellfishes are actually unaffected by red tide. However, they accumulate the toxin in their bodies. A person, who will eat contaminated shellfish, might be poisoned. If so, vomiting should be induced and the person must be brought to the hospital for immediate treatment,” said BFAR-7. /bmjo