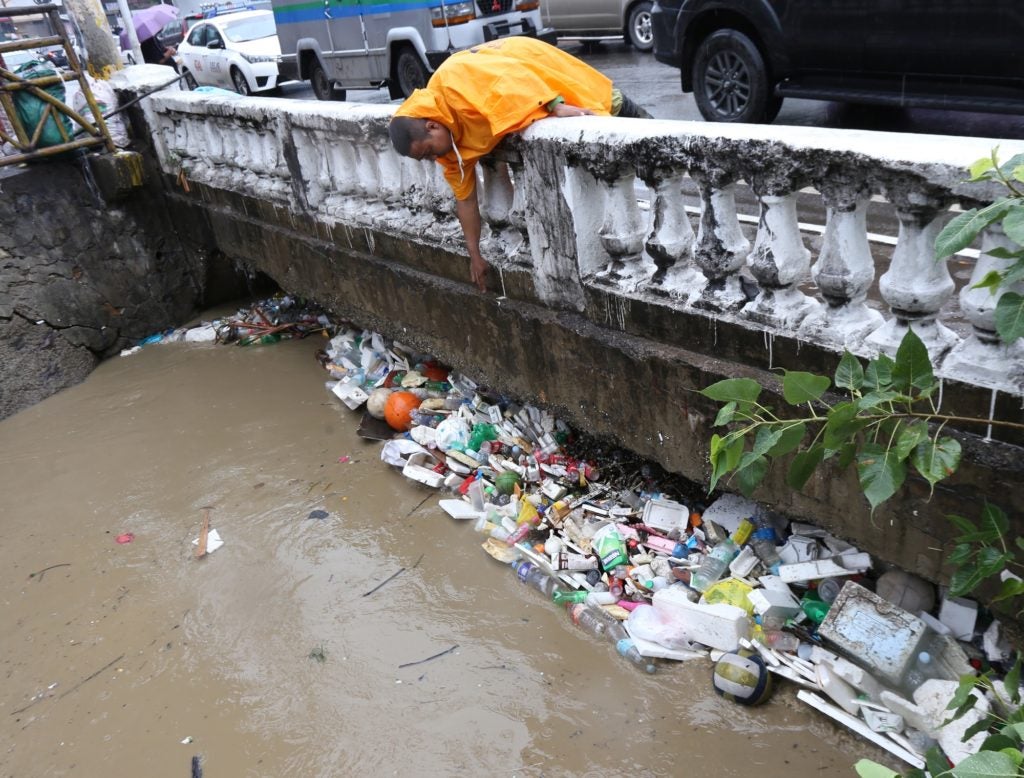 A DPWH personnel tries to clear the garbage on T. Padilla/Tejero creek brought by heavy rain in this June 2, 2018 photo.| CDN file photo

CEBU CITY, Philippines — The Cebu City government has conducted dredging activities at the Tejero Creek following its overflowing on Thursday night, August 6, 2020, causing the flood to the nearby settlements.

This was revealed by the City Environment and Resources Office (Cenro) on Saturday, August 8, 2020, after they also cleaned up the Mahiga Creek.

Cenro Head, Engineer Editha Peros, said that the flooding was generally caused by the accumulation of silt and garbage in the riverbed.

She admitted their office had not prioritized the river cleanups since the pandemic had began because they had to help in providing aid to the residents affected with the coronavirus disease 2019 (COVID-19).

However, starting next week, Cenro will return to their regular weekly river clean-ups, which includes the Tejero Creek, to prevent further flooding along the riverways in the city.

(They have started dredging and Cenro has continued to clean the [rivers and creeks] so that when the rains come again there will be no more floods.)

City Engineer Kenneth Carmelita Enriquez said that the Department of Public Works and Highways in Central Visayas (DPWH-7) is leading the river expansion and the DEPW is only assisting them.

For now, Enriquez said the solution to prevent the flooding would be to regularly clean the creek.

The DEPW is working the Cenro and the Department fo Public Services (DPS) to conduct the clean-ups because they are also working on the drainages around the city.

Mayor Edgardo Labella promised that the city will implement the master drainage plan of the DPWH-7 worth P1.8 billion.

He said this drainage project would be prioritized once the city had been released from the quarantine. /dbs

Read Next
IN PHOTOS: Another huge metal piece found in Eastern Samar town