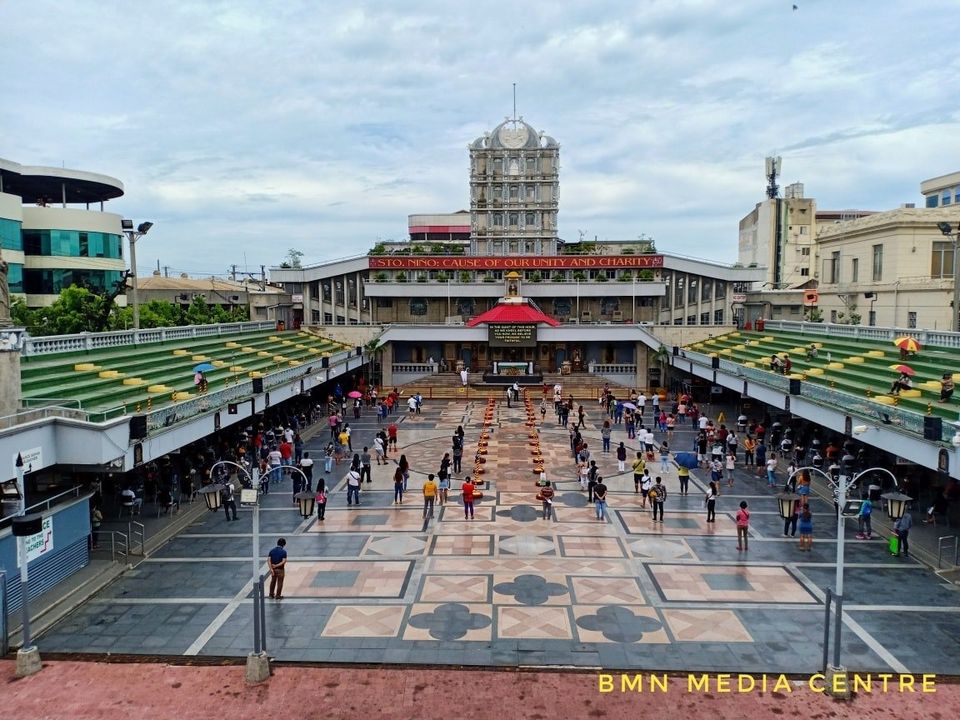 These were just some of the scenes that marked the first day of public Masses being held at the Pilgrim Center of the Basilica Minore del Santo Niño de Cebu on Sunday afternoon, August 9, nearly five months after it underwent lockdown.

Under the new normal, gone were the days when families will be bringing small children and elderlies as the church, in line with the city’s prevailing health protocols, disallowed senior citizens and youth below 21 years old to enter the church.

Despite the changes, Augustinian friars said they were grateful for being able to hold public Masses once again, and welcomed the first few devotees who attended it on Sunday afternoon.

(After nearly five months of not being able to hold Masses in public, we are grateful that today, even in a new normal, our experience is not the usual, and there are changes, but still, we are thankful to Señor Sto. Niño that we come together to attend the Holy Mass.)

In his Homily, Nohara also likened the new setting to flag ceremonies held every Monday.

Nevertheless, the priest said that the important thing was that people could now physically attend Masses and would have a stronger sense of connection with God.

“Ang importante nagkahiusa ta sa Santos nga misa kay atong nabatyagan ang presensya sa Ginoo (What’s important is that we come here together in this Holy Mass as we seek the presence of God),” he added.

The Basilica rector also reminded faithful to keep their faith with God amid the threats of the coronavirus disease 2019 (COVID-19) pandemic.

“Basta naa ang presensya sa Ginoo, unya puno kita sa kabalaka sa atong kinabuhi, ayaw kahadlok (As long as God’s presence is there, even if our life is full of worries, we should not be afraid),” Nohara said.

The centuries-old Basilica, situated in downtown Cebu City, only reopened its doors to the public last August 1 when the IATF-MEID downgraded the city’s quarantine status to a general community quarantine (GCQ).

However, at that time, they did not proceed with doing public Masses as the city’s GCQ rules only allowed a maximum of 10 people in a religious event.

But since Saturday, the regional IATF-MEID granted the city government’s plea to modify its existing rules, and instead of up to 10 people only, the number of attendees in religious gatherings is capped at 10 percent of the venue’s actual seating capacity.

For the Basilica, Augustinian friars will only be allowing a maximum of 350 attendees for every Mass. They also introduced more policies to control and monitor the crowd going in the church property such as requiring guests to present quarantine passes, wear face masks, disinfect their hands regularly, to name some. /dbs

DepEd-7: No schools in CV with questionable learning materials