DepEd: Opening of classes in public schools moved to October 5

MANILA, Philippines — The opening of classes in public schools will be moved to October 5, 2020 as approved by President Rodrigo Duterte, the Department of Education (DepEd) announced Friday, August 14, 2020.

“As per the memorandum of the President, he has given approval to the recommendation of DepEd which I repeat, we submitted last August 8. Thus, we will now implement such a decision to defer school opening to October 5,” DepEd Secretary Leonor Briones said in an online briefing.

The opening of classes was initially scheduled on August 24. 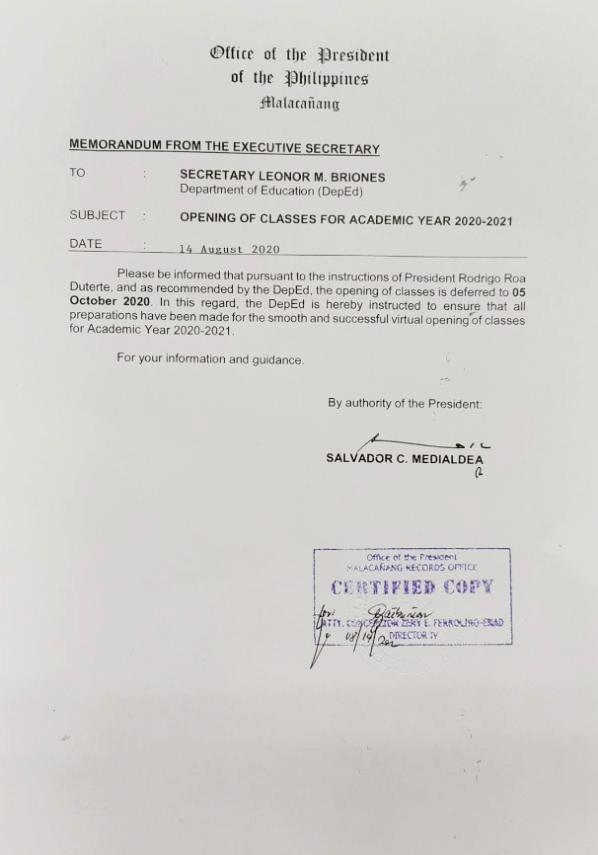 The Palace memo approving the recommendation of the Department of Education (DepEd) to move the starting of classes this year from August 24, 2020 to October 5, 2020. | Courtesy of DepEd #CDNDigital

Read Next
Lapu police prepares for influx of local tourist