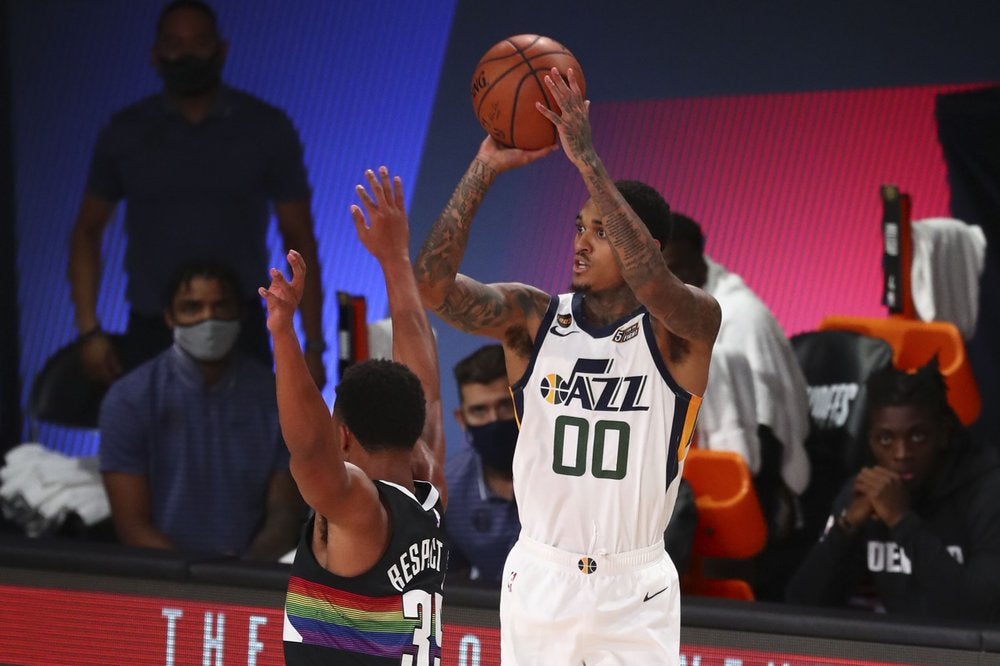 LAKE BUENA VISTA, Florida — Donovan Mitchell scored 21 of his 30 points in a big third quarter and the Utah Jazz beat the Denver Nuggets 124-105 on Wednesday (Thursday morning, August 20, 2020, Philippine time) to even the first-round playoff series at a game apiece.

Mitchell was 10 of 14 from the floor, helped the Jazz break open the game in the third quarter and increase the lead to 31 in the fourth.

His performance was on the heels of scoring a Jazz playoff-record 57 points in a 135-125 overtime loss in Game 1. Mitchell was the focus of Denver’s defense, which helped open up other avenues for teammates.

Jordan Clarkson scored a personal playoff-best 26 points on a day the Jazz shot 51.7% percent from the floor. They also had 32 assists and hit 20 3-pointers.

It was a rare blowout in what’s been a tight showdown between the two teams all season. Despite Denver winning the previous four games, counting the regular season, the total margin was only 21 points.

Denver forward Torrey Craig was assigned to cover Mitchell and early on it worked. But Mitchell took over in the third quarter, going 5 of 5 from 3-point range and hitting all four of his free throws.

Utah went on a 22-6 run to end the first half. It was punctuated by Gobert’s put-back dunk at the buzzer.

Jokic and the Nuggets couldn’t get anything going late in the second quarter, with one trip down the floor illustrating their struggles. They had about five shots — several in close by Jokic — but no points to show for it.

This bodes well for the Jazz: Guard Mike Conley could back for the next game. He returned to the NBA bubble Monday night after leaving for the birth of his son and is going through a four-day quarantine.

Read Next
Rock wall in Brgy Agsungot, Cebu City collapses due to rain