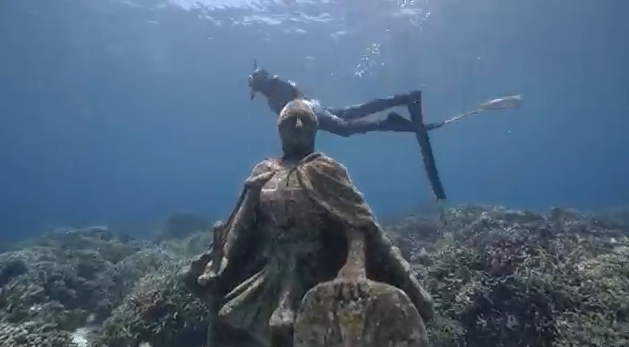 CEBU CITY, Philippines – The town of Alegria in southwestern Cebu is popular for having several spectacular diving spots that feature the best of marine life.

Based on Snow’s video, the statues, one of which resembled Mary, Mother of Jesus, were found standing alongside coral reefs and seemed to have blended with their surroundings.

“One place in Alegria you can find multiple statues around the reef. Just swim out of Alegria Dive Resort and you will be able to see them!” Snow stated in his description.

Alegria is one of the municipalities in western Cebu that faces Tañon Strait, a protected seascape covering over 5,000 square meters. Both environmentalists and diving enthusiasts have considered Tañon ‘nature’s jewel’ for boasting rich marine biodiversity.

See the full video from Finn Snow below.