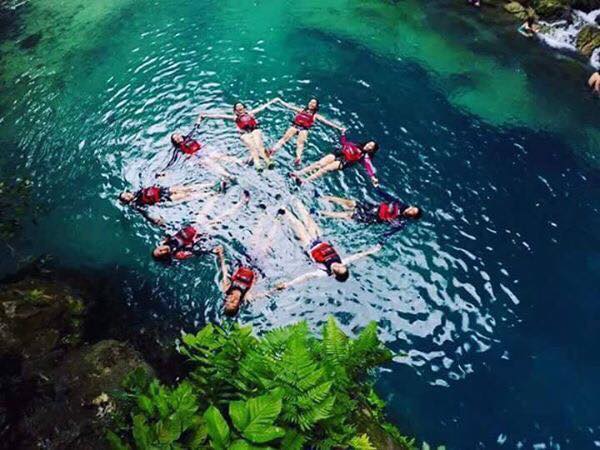 CEBU CITY, Philippines — The town of Badian is yet to accept tourists who want to experience canyoneering activities there.

This as tourism officials in this third-class municipality in southwestern Cebu are waiting for the go signal from local executives.

“Since the opening last August 31, we have not accommodated any guests yet because there are still things we need to sort out with the portal,” said Donald Villarin, tourism officer of Badian.

Villarin told reporters in a teleconference on Saturday, September 5, that Badian Mayor Carmencita Lumain has yet to sign a memorandum of agreement (MOA) that will allow the municipal government to accept bookings from the Capitol.

In doing so, Villarin said the mayor needs to secure permission from the town’s legislative body authorizing her to approve bookings on the Capitol’s online portal.

But even if Badian has yet to accept guests, its tourism officer said operators and other stakeholders relying on canyoneering services have started receiving inquiries from interested guests.

“A lot of our operators have actually told us that they’ve been receiving a lot of requests for bookings,” said Villarin.

“In the meantime, (guests) have been reminded that they will have to register through the online booking portal of the Capitol, and that we don’t accept walk-ins as part of precautionary measures,” he added.

Canyoneering is a sport of traveling through canyons. In the case of Badian, tourists will be trekking the upstream portions of Matutinao River that flows between rocks forming a canyon.

Among the most notable changes that the provincial government has implemented with regards to tourism enterprises is mandating guests to register to their online booking portal.

Local officials earlier said the portal was designed to optimize contact tracing efforts and control the number of guests visiting per site.

The Cebu Provincial Government, together with other relevant government agencies, led a ceremonial reopening of canyoneering in the towns of Badian and Alegria last August 30 and August 31.

In Badian’s canyoneering, Villarin said only a maximum of five people is allowed per group.

“Only one group is allowed to enter the canyoneering site every 10 minutes,” he said.

Figures from the Commission on Audit (COA) revealed that Badian has earned at least P50 million from their tourism industry, particularly canyoneering./dbs