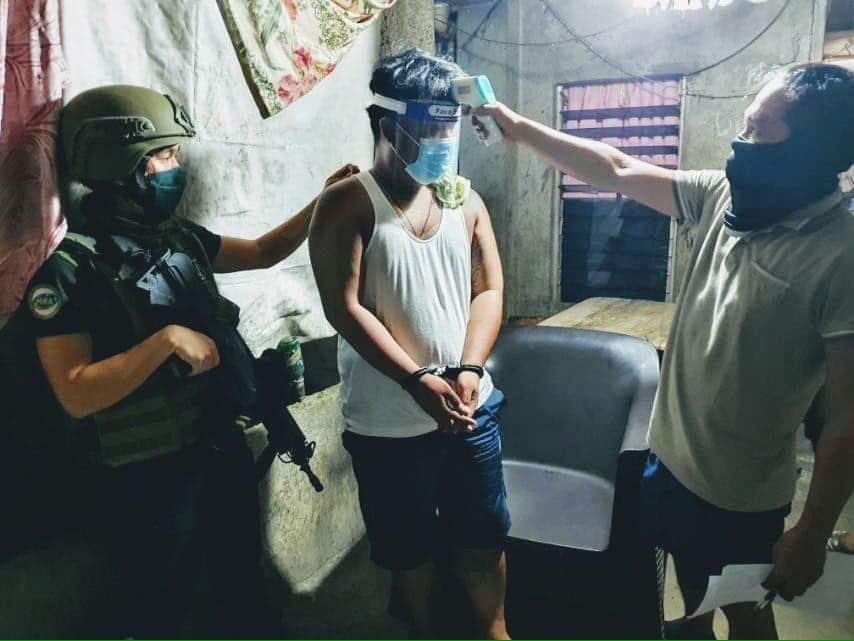 A buy-bust operation by the PDEA-7 and PRO-7 led to the arrest of the top 10 most wanted drug personality in Cebu City on Tuesday afternoon, September 8, 2020, in Barangay Guadalupe, Cebu City.| Photo Courtesy of PDEA-7

CEBU CITY, Philippines — The two separate buy-bust operations on Tuesday afternoon, September 8, 2020, led to the arrest of a top 10 most wanted drug personality, an ex-convict and his cohort.

Arrested during the operations led by the Philippine Drug Enforcement Agency in Central Visayas (PDEA-7) and some personnel from the Police Regional Office in Central Visayas (PRO-7) were Tom Aliviado Villacarillo, Jesus Cecilio Sepe, and Franz Edson Gacasan, who is among the top 10 most wanted illegal drugs trader in Cebu City.

Confiscated from the two were 125 grams of suspected shabu worth P850,000.

PDEA-7 Director Levi Ortiz, said that Villacarillo was the subject of the operation. He was being monitored by the agency for about a week.

They later found out that Villacarillo had been jailed 13 years ago for frustrated homicide and illegal drugs cases.

(When he was released, he went back to selling drugs.)

Authorities say Villacarillo and his cohort Sepe are able to dispose at least 100 to 150 grams of illegal drugs per week around Cebu City.

Not long after the two high-value individuals (HVI) were arrested,  PDEA-7 and some policemen were able to arrest Gacasan at his home in Barangay Guadalupe.

As of this writing, the PDEA-7 agents are still interrogating the suspect in the hopes of getting more information about his illegal activities.

In total, the two operations on Tuesday afternoon yielded around P1.5 million worth of illegal drugs.

All three suspects are now detained at the PDEA-7 detention facility in Barangay Lahug, pending the filing of appropriate charges. /bmjo

Read Next
Capitol: No more Cebu dolomite for Manila Bay