Interventions eyed in Apas due to slight spike in cases 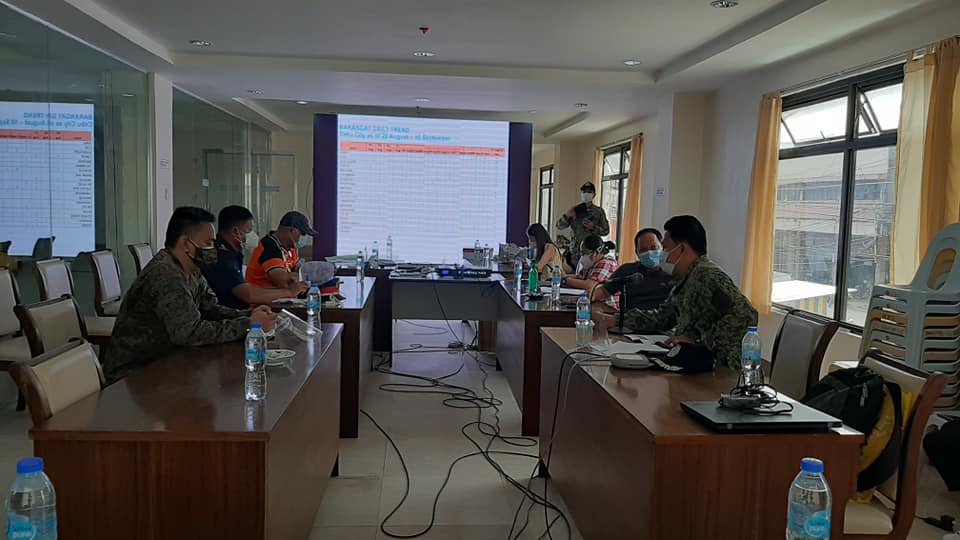 Members of the Emergency Operations Center are planning an intervention in Barangay Apas due to spike of the COVID-19 cases there. | Photo courtesy of Councilor Joel Garganera

CEBU CITY, Philippines — The Emergency Operations Center or EOC of Cebu City is preparing for interventions in Barangay Apas after new cases were recorded in the area for straight two days.

On September 10, 2020, the barangay recorded 10 additional new cases, which have raised the concern of possible community transmission in the area.

The EOC has convened on Friday, September 11, 2020, to discuss plans on placing the affected households on lockdown and intensifying the contact tracing for the positive cases.

The patients have been isolated and quarantined ahead of time upon the release of the positive results.

Councilor Joel Garganera, EOC head, posted on his Facebook page the coordination meeting he called with Dr. Mitch Linsalata, resident doctor of the EOC; Apas Barangay Captain Virgil Cabigon; the PROBE team; the Mabolo Police Station; and representatives of the Armed Forces of the Philippines, whose camp is in the barangay.

The city government plans to conduct the intervention as soon as possible in order to prevent another rise in cases in Barangay Apas.

“EOC also handed one thousand face masks and alcohol to be distributed by uniformed personnel in Barangay Apas as part of the education and information program,” said Garganera.

This is not the first time that EOC conducted an intervention in a barangay with a noticeable spike in cases.

Recently, the EOC also conducted an intervention in Barangay Bacayan after 16 cases were recorded there for a straight 14 days.

The intervention resulted in a 100 percent compliance with the health protocols by the residents in a private village where the cases were concentrated.

Garganera said that the goal of the EOC was to contain the spread down to the most affected area so that the lockdowns would no longer affect the entire barangay or even the sitio. /dbs