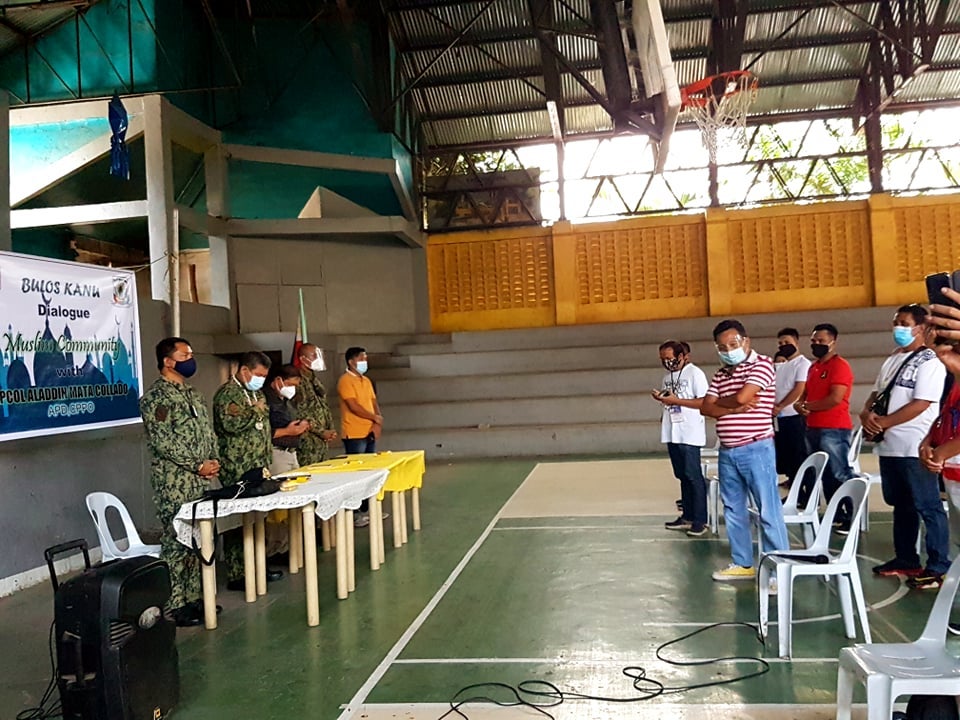 The dialogue was held in Barangay Tabunok, gymnasium in Talisay City which was attended by about 30 members of the Muslim community.

According to Police Major Gerard Ace Pelare, chief of the Talisay City Police station, the purpose of the dialogue was to hear concerns coming from the community as well as suggestions they have in relation to the peace and order policies implemented and to be implemented in the city.

During the speech of Collado, he said he wanted all the sectors of the community to be one in addressing matters about security and peace and orders which is the responsibility of each individuals in the community and not just the government.

“This is a time for us to discuss matters with impact sa buhay natin. To find solution and carry out this solution,” said Collado.

In the dialogue some concerns raised by the Muslim community involved their livelihood that were affected due to COVID-19 to which Collado assured would be forwarded to the responsible government units to be able to help in addressing the concerns.

“We want to have an empowered community… Kaya dapat yung effort natin should be one,” said Collado./dbs