LPA, habagat to bring rains in Cebu for the next 2 days 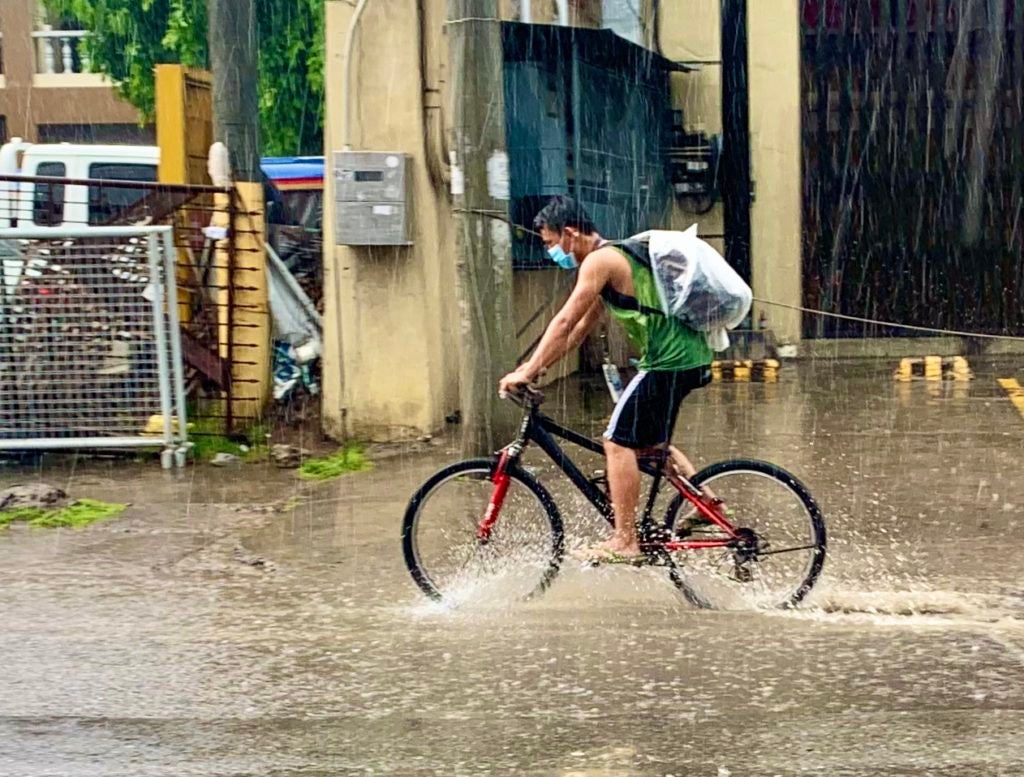 A man on a bicycle braves the morning rain over Metro Cebu in this September 10, 2020 file photo.

CEBU CITY, Philippines – Those living in areas prone to landslide and flash floods are advised to take extra precaution in the next couple of days.

This as the state weather bureau said damp weather in Cebu island will likely last for the next two to three days.

The Philippine Atmospheric Geophysical and Astronomical Services Administration in Mactan (Pagasa-Mactan) said this is due to the presence of two weather systems.

“The entire Visayas will experience mostly cloudy skies with localized thunderstorms and isolated rain showers due to the presence of habagat (southwest monsoon) and extension of an LPA (low-pressure area),” said Joseph Merlas, weather specialist of Pagasa-Mactan, in Cebuano.

Pagasa-Mactan said this weather will likely prevail within one to two days.

“This is why we’re advising the public to regularly check their surroundings and weather advisories,” added Merlas.

As of 4 a.m. Monday, October 5, Pagasa spotted the LPA 360 kilometers east of Virac, Catanduanes in Luzon. However, the state weather bureau said chances of it turning into a tropical depression remained low, and will likely dissipate in the next 24 hours.

Pagasa-Mactan also said the downpour experienced in some parts in Metro Cebu last Sunday, October 4, was also due to the combined presence of the LPA’s extension and habagat, prompting them to issue several thunderstorm advisories on that day.

The heavy rains on Sunday resulted to flash floods and landslides, particularly in the cities of Cebu and Mandaue, that affected over a thousand individuals and made several roads impassable. /bmjo

Read Next
DTI: Maintain work from home setup, if possible