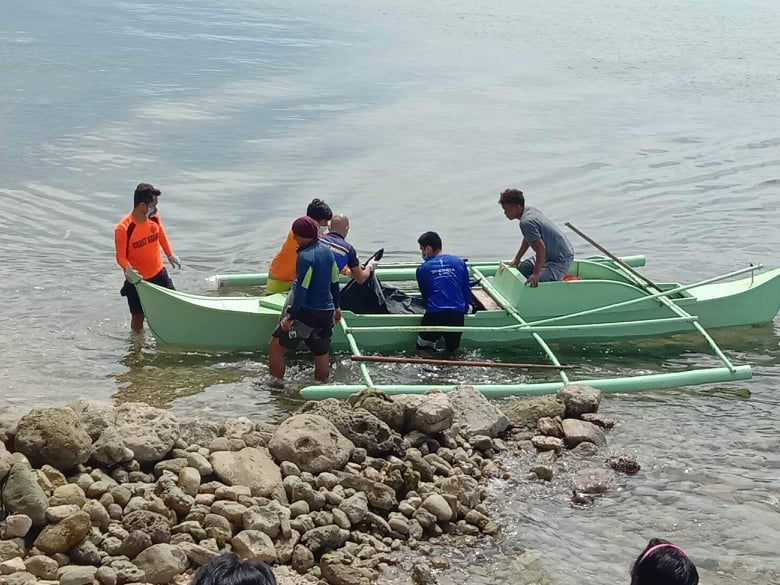 CEBU CITY, Philippines –Divers recovered at around noontime on Friday, October 9, the body of a tour guide from Badian town who was reported missing on Thursday after he went spearfishing in Barangay Sta. Filomena in the neighboring Alegria town.

Caballero that Indig may have drowned while spearfishing.

He is asking Cebuanos to be extra careful and to always bring a companion when they go spearfishing to prevent a repeat of the drowning incident.

Indig, who works as a tour guide and dive instructor, has resorted to spearfishing after he lost his employment as a result of the pandemic.

Caballero said that Indig, 27, would normally leave his home in Barangay Patong in Badian town early in the morning and would proceed to Sta. Filomena in Alegria town to fish.  He would stay in the area for at least an hour before he would go back home at 10 a.m.

(This is what he would usually do since the implementation of the lockdown,)

He said that Indig was last seen alive while on the coastal areas on Sta. Filomena at around 8 a.m. on Thursday.

Family remembers reported him missing after he failed to come home at around noontime of the same day.

Caballero said that divers from Moalboal town and personnel of the Philippine Coast Guard helped search for the missing tour guide, whose body was found at around noontime on Friday or a day after he went missing. / dcb

Read Next
DENR: Dolomite in Manila Bay will not totally wash out