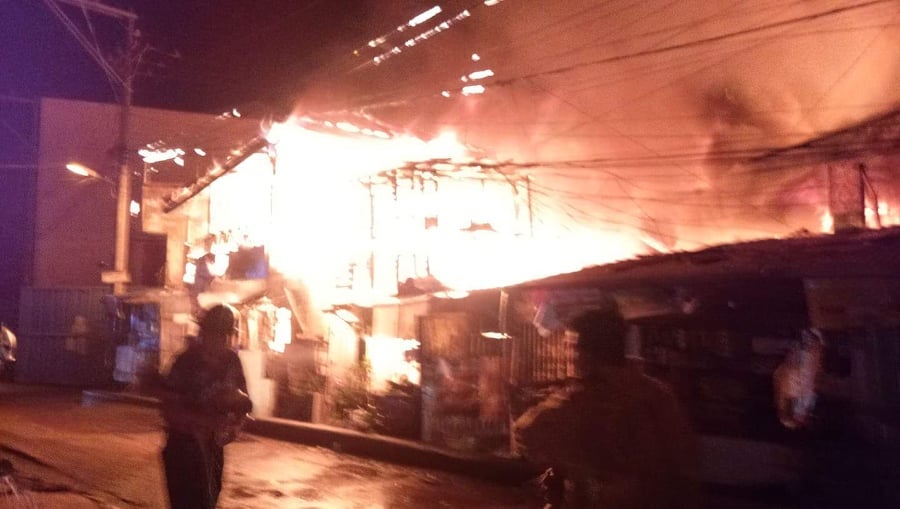 CEBU CITY, Philippines –Two individuals were said to have suffered first-degree burns on their arms and legs while they fled from their burning homes in Sitio Latasan in Barangay Labogon, Mandaue City Friday night, October 9.

Senior Fire Officer 1 Noel Codilla of the Mandaue City Fire Department said that at least 25 homes were razed by the fire that was reported to have started in Sitio Latasan at 6:01 p.m.

The third alarm fire also burned homes that were located in the neighboring Barangay Paknaan.  It was put out 58 minutes later or at 6:59 p.m.

Codilla said they are yet to determine the cause of the fire that damaged P220, 000 worth of properties.  The homes in the two affected areas were mostly made of light materials.

He said that they are still verifying reports that a spark in the electrical switch in one of the razed homes caused the flame.

(It is possible that electrical (misuse) caused the fire but we are yet to verify this information.)

Codilla said the affected families are now accommodated at the gymnasium in Barangays Labogon and Paknaan. / dcb