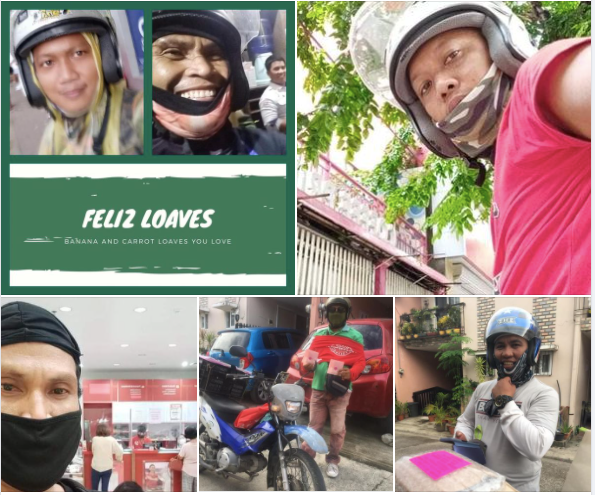 CEBU CITY, Philippines— After being denied their franchise renewal last August, the media giant ABS-CBN’s long glory days in the broadcast industry were put to a stop.

This led to a major retrenchment, from its employees nationwide, including those from ABS-CBN Cebu.

As employees of the company from around the nation try and stand up after the horrific fall, most of them found comfort in diving into online businesses.

One of the most prominent radio personalities in Cebu and in DYAB 1512, Rc Dalaguit De Vela,  turned to social media to thank their new delivery heroes.

In her post, she said, “One of the crucial parts in doing business is to make sure that goods are delivered well to the customer,” she wrote.

And in a Kapamilya way, as reporters, staff and other employees of ABS-CBN Cebu start their online businesses, they turned to their “Kuya Guards” to deliver their goods safely to their customers.

“We are so blessed to have our diligent and well-mannered Kuya guards, who handle the delivery service and run our errands. Thank you Kuyas Rey Pelingon, Rodulfo Almodiel, Rodulfo Almodiel, Renerayco Batiancila, Jerry Melgar, Henry Bargamento,” posted De Vela.

Instead of hiring other delivery services available in the metro, Kapamilya staff and employees in Cebu opted to help raise each other up during these difficult and uncertain times.

From safeguarding the station and its people to safeguarding parcels, these “Kuya Guards” surely deserve to be called “delivery heroes.” /dbs