CSBT protocols to be implemented in new North Bus terminal 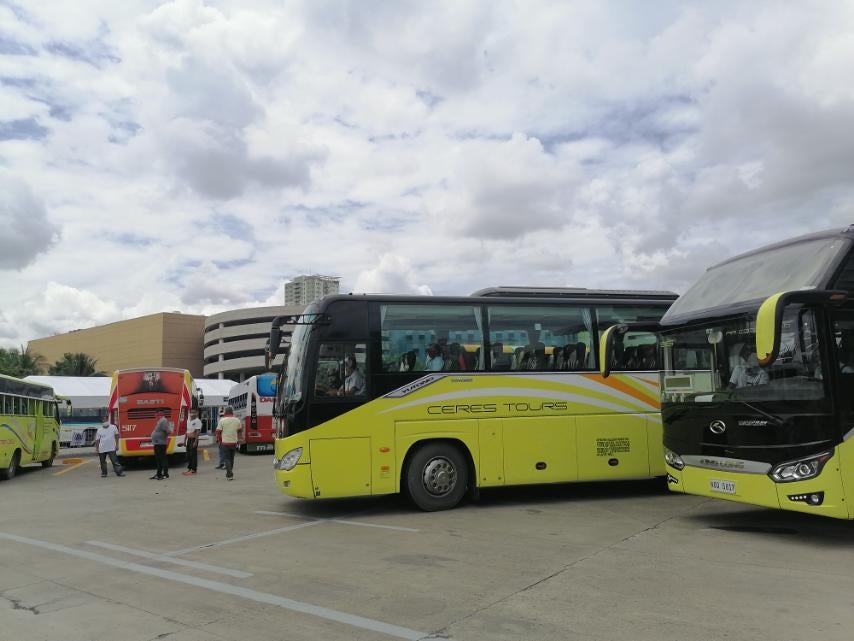 The new Cebu North Bus Terminal at the outdoor parking area of the SM City Cebu at the North Reclamation Area in Cebu City was opened on October 12, 2020. Its full operations will start on October 15, 2020. CDN Digital photo | Morexette Marie Erram

CEBU CITY, Philippines – To ensure observance of minimum health standards, administrators of the new Cebu North Bus Terminal (CNBT) are planning to limit the number of passengers they will accommodate.

These were just some of the protocols being implemented in Cebu South Bus Terminal (CSBT) that will soon be adapted in the new CNBT.

CSBT manager Carmen Quijano, in a press interview on Monday, October 12, 2020, confirmed that their office will be handling the operations of the new North Bus Terminal, which is located at the outdoor parking lot of SM City Cebu in North Reclamation Area, Cebu City.

While they are still coming up with specific policies that will be made in the new North Bus Terminal, Quijano assured that they will impose the same set of health protocols they had in CSBT.

“We’re still determining the capacity of the new terminal in terms of passengers, the flow of the crowd, and which entry points will passengers need to access. And we really need to carefully plan our operations before the actual opening,” Quijano said in Cebuano.

In CSBT along N. Bacalso Avenue, the administrators there have limit the number of passengers accessing the terminal.

They have also required all to wear face masks, face shields when entering the premises, and that minors below 21-years-old and senior citizens will not be permitted inside.

CNBT was relocated to a new location after the lease agreement between the city governments of Mandaue and Cebu to operate and manage the old terminal has ended this October.

Mandaue City government earlier signified that it has no intention of renewing the contract as it intended to already use the lot. Following the pandemic, Mandaue City started to develop the terminal into an isolation facility.

As a result, the Capitol has stepped in and entered into an agreement with SM Prime Holdings Inc. to use the outdoor parking area of SM City Cebu as the new CNBT site.

The new terminal was officially opened on Monday with a ceremony but it is expected to start its full operations and accept north-bound passengers this Thursday, October 15.