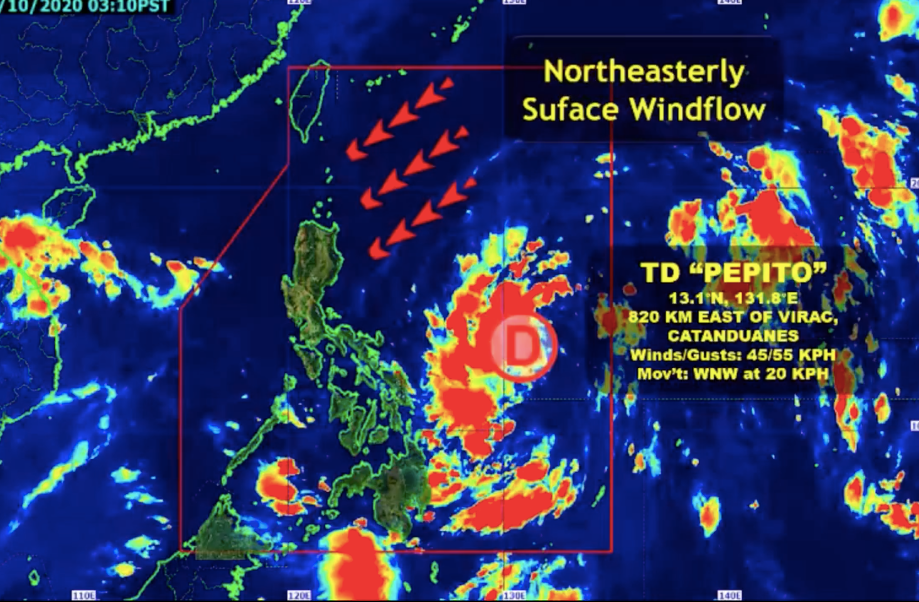 CEBU CITY, Philippines—Cebuanos are advised to bring umbrellas and other rain-protective gear as damp weather is expected starting Monday, October 19, 2020.

The Philippine Atmospheric Geophysical and Astronomical Services Administration (Pagasa) announced on Monday that the low-pressure area (LPA) it spotted a few days ago has strengthened to become a tropical depression with name Pepito.

(Due to the trough of the Tropical Depression, the entire Visayas will experience cloudy skies with scattered rains and localized thunderstorms and lightning.)

Pagasa, in its severe weather bulletin at 5 a.m. on Monday, spotted the center of Pepito 820 kilometers east of Virac, Catanduanes and is moving in a west-northwestward direction at a speed of 20 kilometers per hour.

The state weather bureau said that based on its current models, it is projecting Pepito to make a landfall within the vicinity of Northern or Central Luzon around Tuesday evening or Wednesday morning.