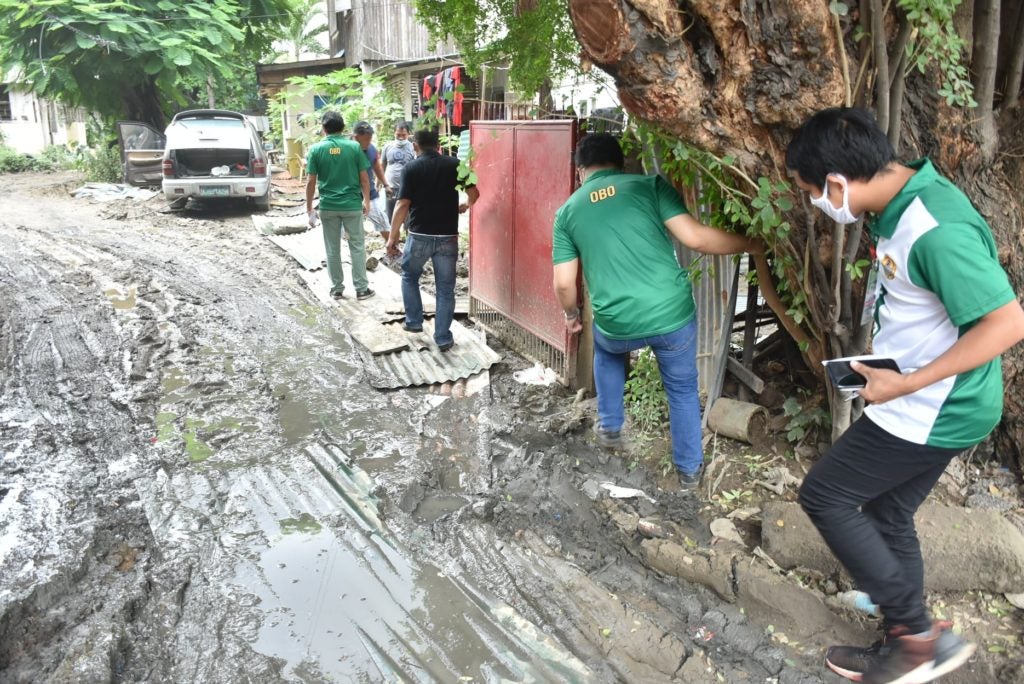 Personnel from the Office of the Building Official conduct inspection around the city’s riverside for establishments and structures violating the 3-meter easement policy. | Photo Courtesy of Cebu City PIO

CEBU CITY, Philippines — The Office of the Building Official (OBO) here has identified 83 establishments violating the three-meter easement policy along major waterways in the city.

The OBO conduced an inspection on October 19 and 20, 2020, in various riverside areas in the city after flash floods and landslides have become frequent in the past week with the onslaught of the rainy season.

Personnel from OBO inspected establishments, homes, and other structures along the major rivers in the city for the compliance of the three-meter easement policy.

Based on initial reports sent to CDN Digital, 83 houses, establishments, and other structures have already been identified violating the policy along major waterways such as the Lahug River, Kamputhaw River, Tejero and Tinago creeks, among others.

(We are continuing with our daily inspection until we check all the rivers or creeks for illegal structures.)

Catalan added the owners and managers of the violating structures will be called into a meeting and be asked how these structures could be removed at a staggering pace.

In an earlier statement, Cebu City Mayor Edgardo Labella said he wants the cooperation of the residents and establishments, instead of merely issuing notices and forcing them to remove the structures.

The city government wants to hear out how these structures may be slowly removed in a given span of time with minimal damage to the natural form of the rivers and allowing time for the owners to adjust and move their homes or properties.

The OBO plans to continue the inspection in the coming days to have a complete list and mapping of waterways obstructions in the city.

Labella believes that the removal of the obstruction is the first step in the long-term solution for the city’s perennial flood problem.