Watch: A five-year-old girl inspires other young netizens with her backyard tour video 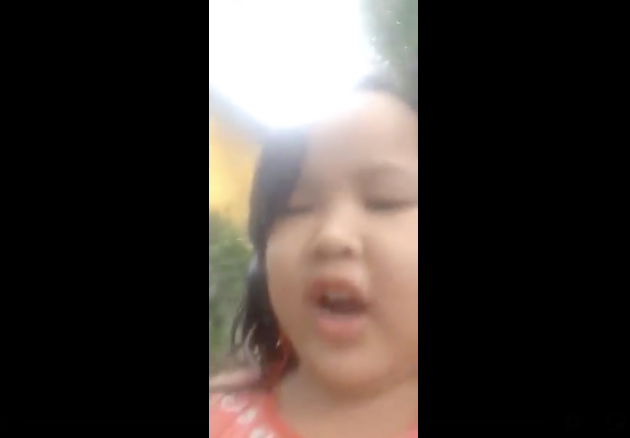 CEBU CITY, Philippines– It is no surprise that children are now into Vlogging and all thanks to videos they see online.

Children are often being linked to sponges, because of their ability to absorb and follow what they see.

In this case, a five-year-old girl of Camotes Island, Cebu has taken everyone on a tour in the family’s backyard.

Sasha Carmelle Andrade is the girl behind the viral video uploaded by her father Jury Andrade on October 15, 2020.

According to Jury, Sasha usually just borrows his phone after work to look at toy reviews online and was surprised by how Sasha was able to film all by herself.

“One time, she asked to borrow my phone and it went differently. She asked me and her mom to teach her how the video app works, then went out and borrowed my work headset and started walking around the yard,” he said.

And to their surprise, the backyard video came to life.

In the video, Sasha starts taking her viewers on a tour of their backyard.

“Hi, everyone! Welcome to Sasha’s toy videos and this is my whole backyard!” started Sasha.

She said in the video that this was where she would usually run around, and hang out with her father in their dirty kitchen and sometimes would hang out by their makeshift volleyball court.

With over 42, 000 shares it can be said that Sasha is now a one-hit wonder online.

According to Jury, it was overwhelming getting messages from netizens saying how intelligent she is at a young age.

The video also served as an inspiration to some said Jury.

“After it went viral and (we) received positive comment, as well as private messages from people who are inspired by it,” he added.

Don’t worry because they said that Sasha is getting ready for her own Youtube channel. /dbs

Read Next
Rescue ongoing for distressed ship in eastern Bohol