Traffic Enforcer Jose Feraniel is recognized for returning P1.1 million worth of checks he found in the street 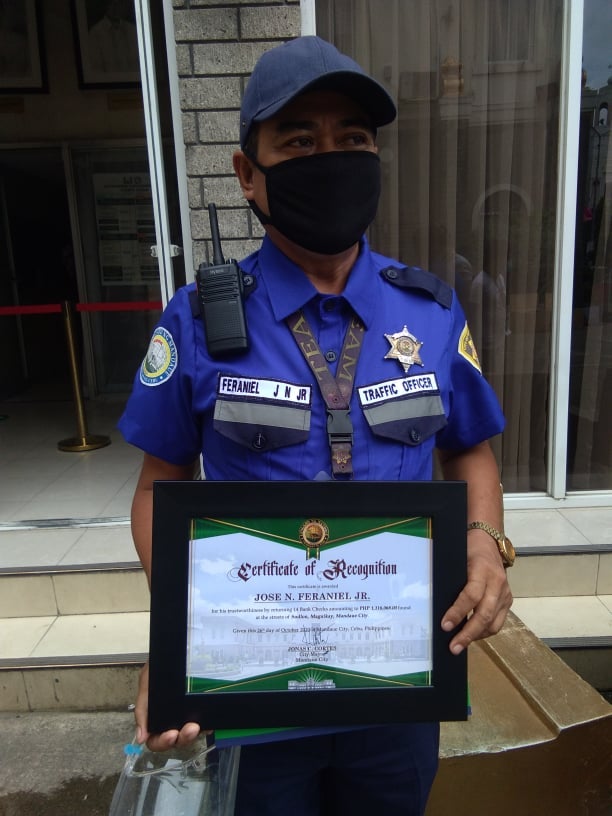 Traffic Enforcer Jose Feraniel receives a plaque of recognition from the Mandaue City government for his honest deed of returning checks worth P1.1 million that he found on the street in Sudlon, Mandaue City on Thursday, October 22. CDN Digital | Mary Rose Sagarino

MANDAUE CITY, Philippines — The traffic enforcer in Mandaue City, who returned 14 bank checks worth P1.1 million on Thursday, October 22, 2020, was recognized by the city government for his honesty.

Traffic enforcer Jose “Jun” Feraniel Jr., 54, received a plaque of recognition from the Mandaue City government for his honest deed.

(I am happy. I did not expect this to happen that I will receive an award.)

He also explained why he returned the checks.

(We should return that. It was also a concern to me because that is money and why should I take that that is not mine. So the best way for me is to return that to the owner.)

He said that last Thursday afternoon while on duty at the streets of Sudlon in barangay Maguikay he saw papers blown away every time vehicles passed.

When he checked and found out that those were checks, he then called Rolando Templado, his supervisor, to hand it over to the Traffic Enforcement Agency of Mandaue (TEAM) office.

He said that he was happy to return the money to the owner and did not expect to receive an award.

Last Friday, the day after he found the checks, it was turned over to the owner. 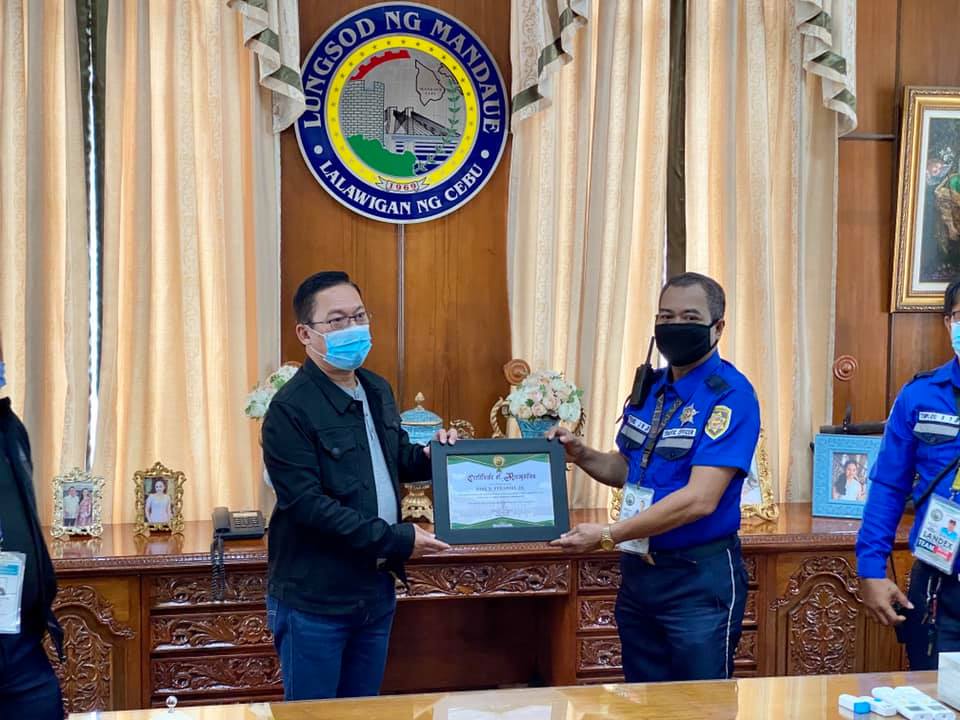 Meanwhile, Rolando Templado, Feraniel’s supervisor, said that the enforcer deserved the award because of his dedication to his work.

(I am proud of him as his supervisor. He works hard and for me, what he did is an honor to Mandaue.)

Mayor Jonas Cortes, for his part, commended the enforcer for his honesty.

(We laud Mr. Feraniel for his deed that the public should follow. He gave life to the what it is to be a Mandauehanon, who is truthful.)/dbs