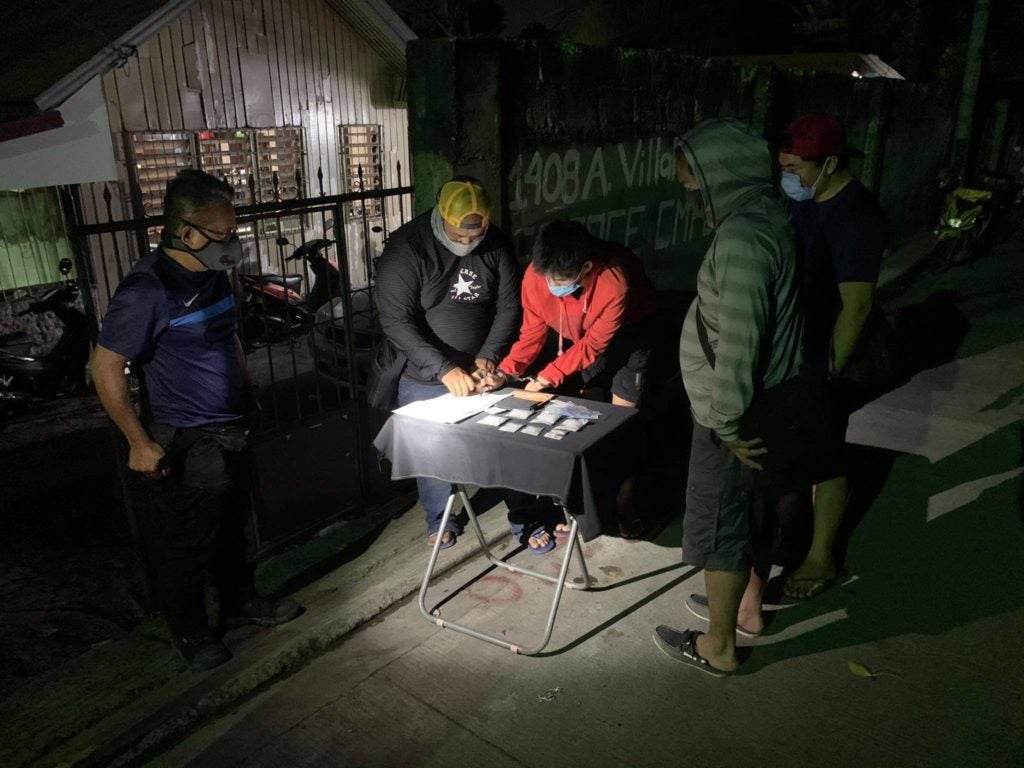 Cebu City policemen arrest Jefferson Solon (in red hoodie) of Barangay Capitol Site after he was caught with 120 grams of suspected shabu during a buy-bust operation in his house. | Photo courtesy of CCPO

The latest to fall was Jefferson Solon, 25, of Villalon Drive, Barangay Capitol Site, Cebu City, who was caught with 120 grams of suspected shabu during a buy-bust operation in his house at dawn today, November 5, 2020.

Caballes said that they placed Solon under surveillance for two weeks before the buy-bust operation was conducted.

He also said that they also found out that Solon was included in the watchlist of drug personalities considered as high value individuals (HVIs) by the Police Regional Office in Central Visayas (PRO-7).

Caballes also said that they also found out that Solon was a former convict or an ex-convict, who served time for illegal drugs and was released last 2018.

Police caught Aldrin Nacua, 28, of Sitio Huyong-huyong, Barangay Duljo at past 1 p.m. during a buy-bust operation in Sitio Plastikan.

Nacua was caught with 115.66 grams of suspected shabu.

Police said that the confiscated suspected shabu had an estimated DDB value of 786,488.

Both suspects were detained at the CCPO detention cell pending the filing of charges. /dbs