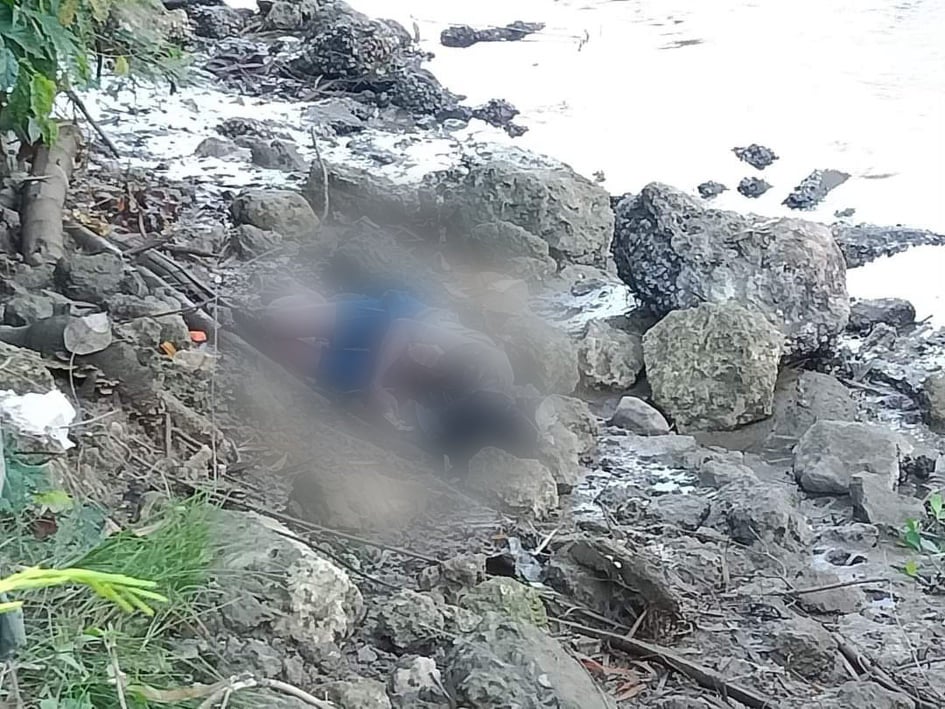 An old woman, whom police said was suffering from a mental illness, was found dead on a rocky portion of the Compostela river, Saturday morning. | Contributed photo

CEBU CITY, Philippines –An unidentified woman was found dead beside a river in Compostela town this Saturday, November 21, 2020.

Police Staff Sergeant Daryl Rondina of the Compostela Police Station is appealing to the public to help them identify the woman who was found lifeless on the rocky portion of the river in Barangay Estacada, Compostela this morning at 6.

Rondina said that the victim was found by one of the residents in the area who reported the find to the police.

The woman is estimated to be around 60 years old and was a known beggar who, witnesses say, was suffering from some kind of mental illness and was usually seen roaming the area.

However, Rondina said that no one really knew the true identity of the woman.

Read Next
1 killed, 3 wounded in early morning ambush in Badian