Gwen to DILG: You can question me first 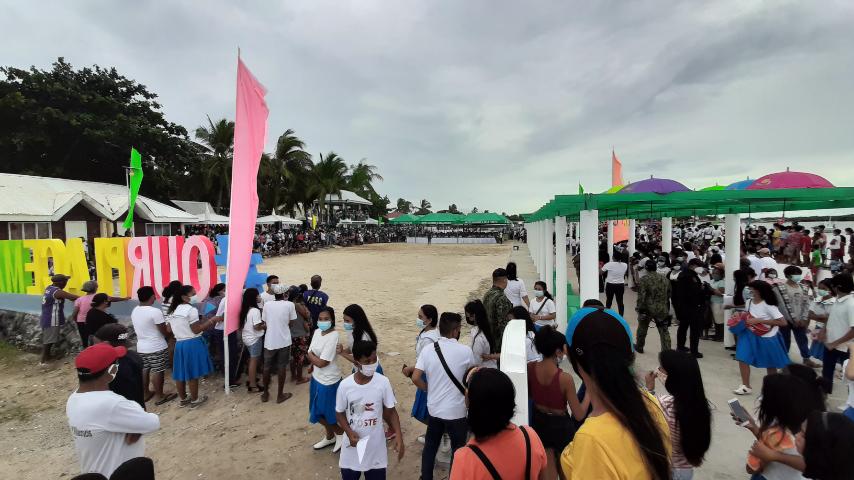 Kota Park in Madridejos town on November 27, 2020 was flocked by a huge crowd where the Madridejos-leg of Suroy-Suroy Sugbo in Bantayan Island was held. CDN Digital Photo |  Morexette Marie Erram

The governor voluntarily offered herself to be the first official to be questioned.

“I welcome his ‘fact-finding’ probe. And I am offering myself to be questioned first and foremost,” Garcia said in a text message sent to reporters.

Garcia was referring to the pronouncement of Interior and Local Government Secretary Eduardo Año on Sunday, November 29, that a fact-finding team will be formed to investigate the crowd that gathered in Kota Park last November 27.

“After all, I initiated the mini Suroy-Suroy. And the crowd, wearing face masks, in an open beach area, were there to watch a presentation during the Madridejos Suroy-Suroy stop,” she added.

Kota Park, a heritage site in Madridejos town on Bantayan Island in northern Cebu, was the second stop of the Suroy-Suroy Sugbo last November 27, 2020.

The event drew flak from netizens when photos and videos showed that the crowd seemed to neglect physical distancing.

They also criticized government officials, including Presidential Spokesperson Harry Roque, who was invited as a ‘special guest’, for their failure to immediately address the issue.

Roque and Madridejos Mayor Salvador Dela Fuente both said they were surprised to see the crowd grow uncontrollable.

Dela Fuente said local organizers and law enforcers were overwhelmed by the ‘crowd’s eagerness’ to witness the event.

The mayor, on the other hand, assured the public that they will implement stricter protocols and increase police visibility for similar events in the future.

Suroy-Suroy Sugbo in Bantayan Island was a three-day event organized by the Cebu Provincial Government and the Mactan Cebu International Airport Authority (MCIAA).

Organizers earlier said the Suroy-Suroy was intended to boost promotional efforts in marketing Bantayan Island as a tourist destination, now that the upgrades made in Bantayan Island Airport were recently finished.

The Capitol and MCIAA shelled a total of P94 million to transform Bantayan Island Airport, located in Barangays Talisay and Okoy in Santa Fe town, from a community to a commercial one.