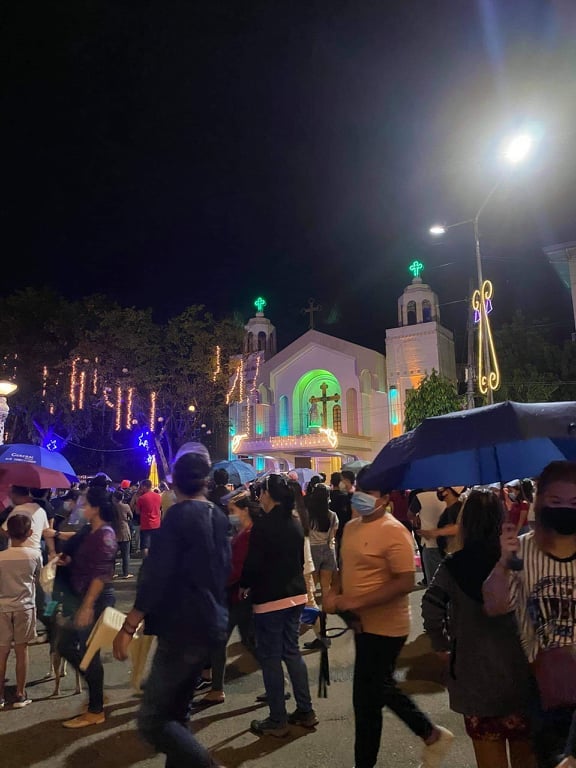 Mandaue City Mayor Jonas Cortes suggested to parishioners to just go home if they can no longer secure a spot inside churches during the Misa de Gallo and Simbang Gabi. | Photo courtesy of Mandaue City PIO

MANDAUE CITY, Philippines – The Mandaue City government will no longer allow people outside churches during the celebration of Misa de Gallo and Simbang Gabi especially at the National Shrine of Saint Joseph.

Mandaue City Mayor Jonas Cortes said that although social distancing was observed inside the churches, it was a completely different story outside. The mayor said it would be better if those who can’t secure a spot inside the churches will just go home.

Cortes said that because there were a lot of people and security was limited, it was difficult to strictly implement standard health protocols.

On Wednesday, December 16, 2020, during the first day of Misa de Gallo, hundreds of parishioners attended the dawn Masses held in different churches and satellite venues around the city.

Lawyer Lizer Malate, head of the city’s Emergency Operations Center (EOC) said they will not add more satellite venues so as not to spread their personnel too thinly.

Instead of going to churches, city officials are asking residents to join the celebration at home via live streaming instead to avoid getting infected by the Coronavirus Disease 2019 (COVID-19).