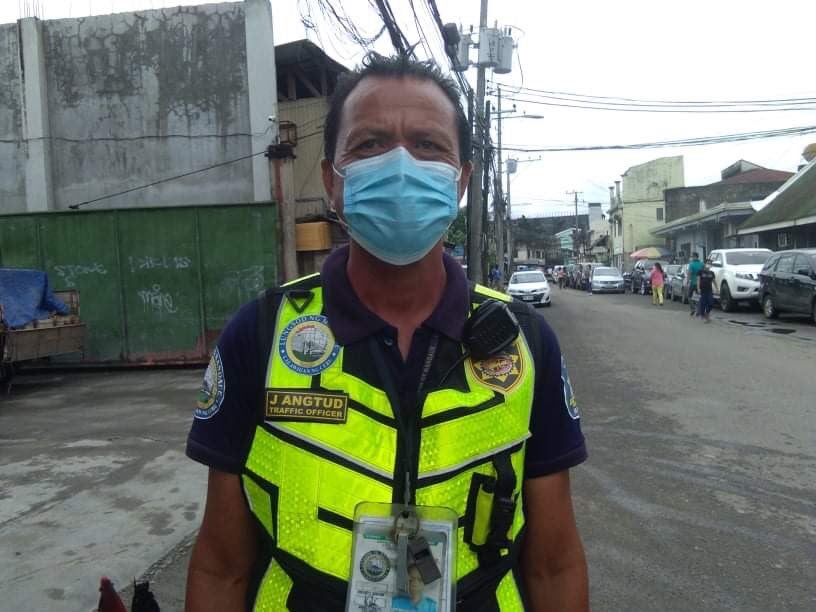 It can be recalled that Angtud, 52, from barangay Tabok here, was recognized by the city for helping a motorcycle rider fix his  bike after it broke down in the middle of A. Del Rosario Street. He is also remembered as the enforcer who rescued a teenager who fainted on the street.

Because of his efforts of doing more than his usual job, Angtud, who became an enforcer in 2007, was feted by the Mandaue City Government in 2018.

Aside from those highlights of his career, Angtud is also known for working on holidays. This year is no different.

Angtud said he will still be manning the busy streets of Barangay Centro and at the same time will be selling honey on the side to earn extra in this time of pandemic.

Though he will be working on the holidays, Angtud said he can still join his family to celebrate as his shift is from 8 a.m to 5 p.m., though sometimes he is requested to work extra hours depending on the traffic situation in the area where he is assigned.

Angtud said they usually have a simple celebration with his family during Christmas and New Year’s eve.

He says that’s more than enough reason to be happy during the holidays.

Asked why he always goes the extra mile, he says this is actually what enforcers are trained to do.

Although traffic remains to be a problem in this city, motorists plying the streets can drive with a little bit more confidence knowing that enforcers like Angtud are always ready to lend a helping hand when needed.