Labella: Qpasses will be back after Christmas 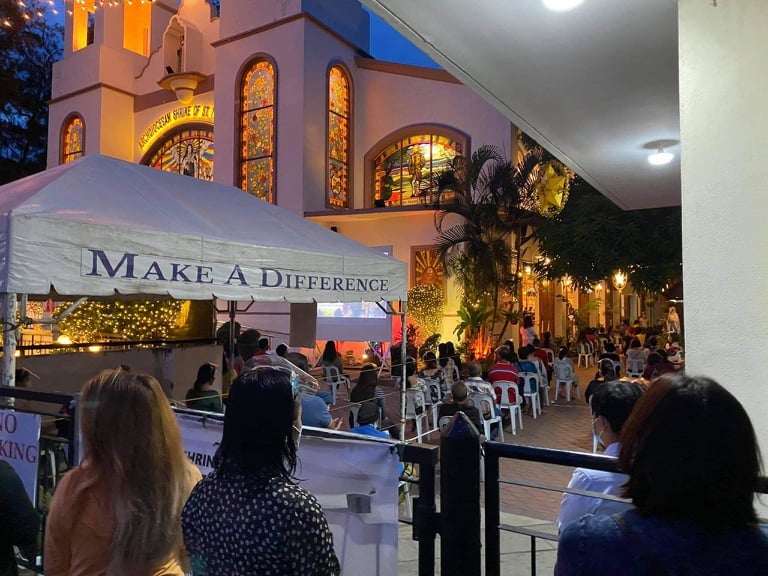 A view from outside the Archdiocesan Shrine of St. Therese in Barangay Lahug, Cebu City on the first day of the Misa de Gallo. | photo by Councilor Joel Garganera

CEBU CITY, Philippines — Cebu City residents will have to greet the New Year inside their homes as the quarantine passes will be reinforced immediately after Christmas.

The suspension of the use of the quarantine passes is only up until midnight of December 25, 2020, and on December 26, 2020, the coding of the passes will return.

The schedule for the coding of passes will be the same as follows: odd ended numbers on Mondays, Wednesdays, and Fridays, while even and zero ended numbers on Tuesdays, Thursdays, and Saturdays. All passes are allowed on Sundays.

Labella said that the city government gave leeway for the residents to enjoy Christmas with minimal restrictions so they can visit families and enjoy the holidays together.

However, since the virus remains and the vaccines are still under negotiations, there is a need to return to the new normal of limited movement outside the residences.

For the last remaining days of the quarantine-pass-free Cebu City, the mayor has ordered the Cebu City Police Office (CCPO) and the Emergency Operations Center (EOC) to intensify the implementation of the health protocols.

Violators should be admonished and brought to mobile holding centers for a seminar on health protocols.

The last remaining Misa de Gallos must also be guarded especially since many of the parishioners will be attending the last days.

The mayor appealed to the public to behave so that no surge of cases will be experienced at the end of the year. /rcg

Read Next
16 barangays in Lapu-Lapu are COVID-free