Hot pursuit vs. suspects behind killing of former tanod in Inayawan 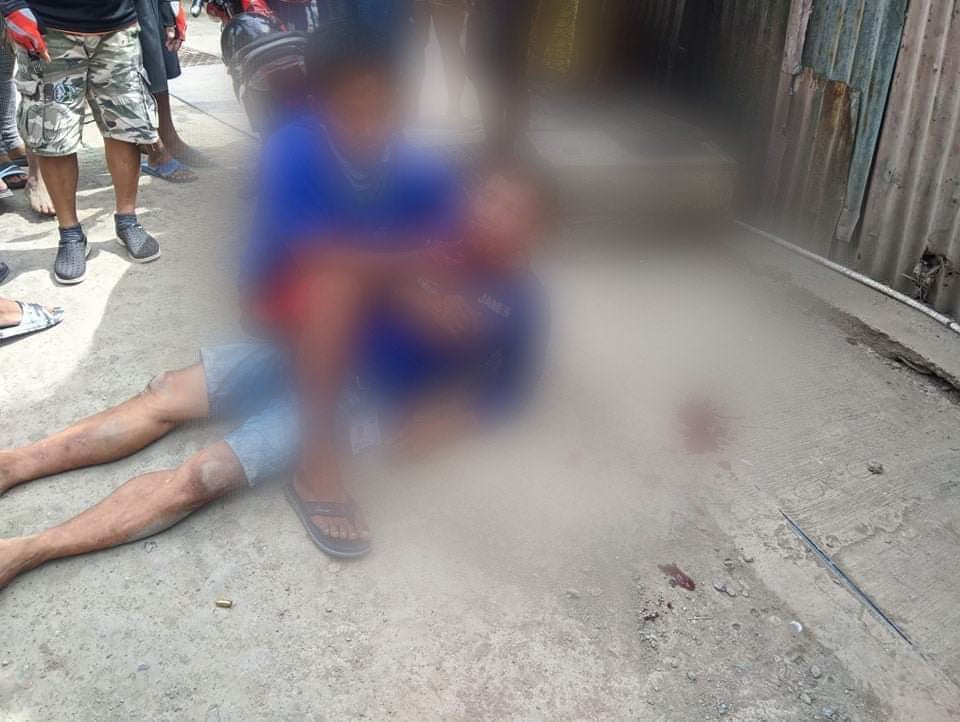 Jimmy Tabura, 50, lay lifeless in the arms of his son right after gunmen riding on a motorcycle shot him in the face on Saturday afternoon, January 2, in Barangay Inayawan, Cebu City. Police are now conducting a hot pursuit operation against the suspects. CDN Digital has opted to blur the face of the victim’s son to protect his identity.  | via Paul Lauro #CDNDigital

CEBU CITY, Philippines – Hot pursuit is being conducted by cops from the Pardo Police Station following a shooting incident in Barangay Inayawan, Cebu City on Saturday afternoon, January 2, that resulted in the death of a former tanod (village watchman).

Jimmy Tabura, 50, was gunned down by still unidentified perpetrators in Upper Inayawan, Barangay Inayawan around 1 p.m. on Saturday.

Tabura was rushed to the Cebu City Medical Center (CCMC) where he eventually succumbed to his gunshot wounds. The bullet, according to a report from Pardo Police Station, hit the victim’s face.

Tabura worked as a security guard and before, a tanod, in Inayawan, the report said.

Initial investigations showed that he was in Upper Inayawan doing his sideline as a habal-habal (motorcycle-for-hire) driver and was about to buy something from a nearby store when a man, wearing a blue jacket and helmet with a bonnet on, approached and shot him.

Tabura was able to flee from the suspect who attempted to fire a second shot but escaped on board his motorcycle when his gun reportedly malfunctioned.

The victim’s 29-year-old son immediately went to rescue his father. He would, later on, share to investigators what the older Tabura recalled during the crime.

Acupinpin also confirmed that a certain Judy Ationg went to their station to clear his name after the latter was tagged as a suspect.

“The victim’s son was able to share to our investigators what his father remembered. He mentioned a certain Judy Ationg who is from Barangay Bulacao,” said Acupinpin in Cebuano.

“When we went to Ationg’s house, he was not there. When we came back to the station, he was there to clear his name. He told us he had an alibi, and that he was playing billiards when the crime happened,” he added.

The police station chief also said they are gathering closed-circuit television (CCTV) footage near the crime scene as well as in the area where Ationg reportedly played billiard. /rcg