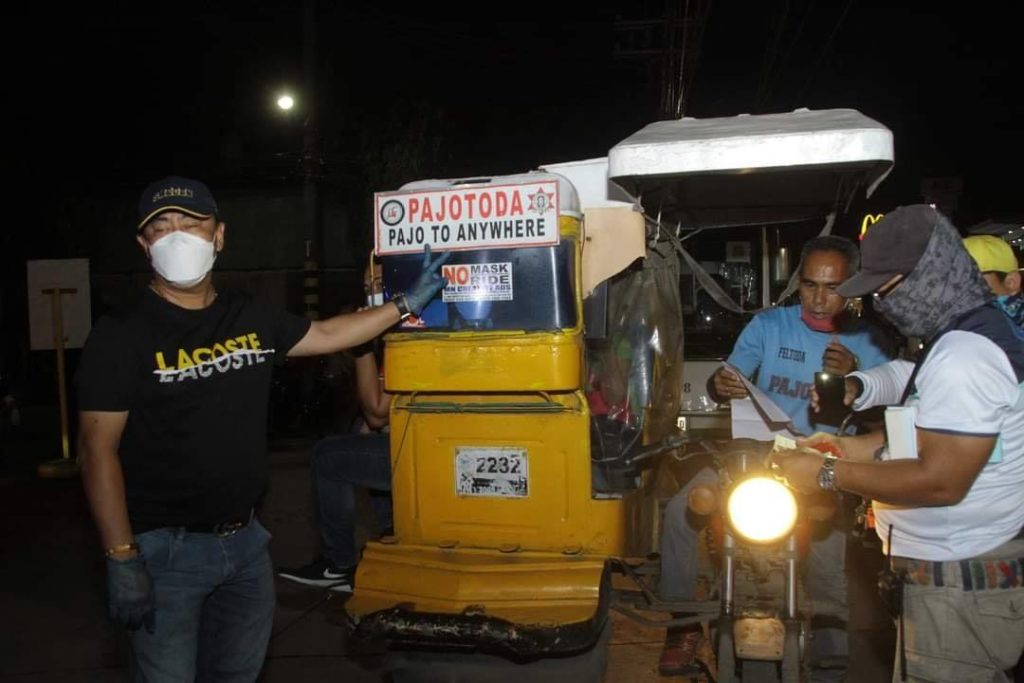 Personnel from the City Traffic Management System (CTMS), in coordination with the Philippine National Police (PNP), conduct an operation against motorists not observing the health and safety protocols in Barangay Basak, Lapu-Lapu City on Thursday evening, January 7, 2021. | Photo courtesy of the Lapu-Lapu City PIO

LAPU-LAPU CITY, Philippines – Lapu-Lapu City Mayor Junard “Ahong” Chan warned tricycle and public utility vehicle (PUV) drivers to continue to comply with the health and safety protocols or they will be apprehended and their franchise recommended for revocation.

Chan issued the warning after he received complaints at the “Ahong Cares Hotline” from concerned citizens regarding tricycle and PUV drivers that were no longer following the protocols, especially the social distancing.

“We receive a lot of complaints regarding niini, so we need to make action on this matter,” Chan said.

Aside from this, Chan also received reports against public utility jeepneys (PUJs) and Electronic-Buses (E-Buses) overloaded with passengers.

On Thursday evening, January 7, 2021, the City Traffic Management System (CTMS), in coordination with the Philippine National Police (PNP), conducted an operation against motorists not observing the health and safety protocols in Barangay Basak.

Mario Napole, head of the CTMS, said that during their operation last night, they impounded five tricycles and one private vehicle for violating the social distancing.

He added that motorists who violate social distancing protocols shall need to pay the fine of P500 for the first offense. Aside from this, they also need to pay P100 for the impounding fee.

Napole said that they will continue conducting similar operations in the coming days. /rcg