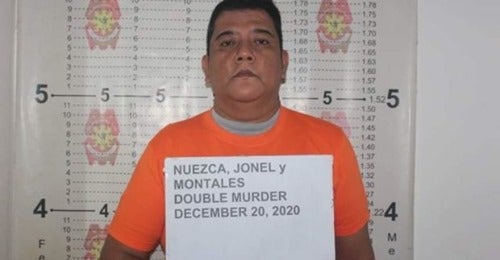 MANILA, Philippines — The Philippine National Police (PNP) has dismissed from service Police Staff Sergeant Jonel Nuezca over the fatal shooting of Sonya Gregorio and her son Frank Anthony in Paniqui, Tarlac on December 20.

This follows the recommendation of the Internal Affairs Service of the PNP for Nuezca to be dismissed from the police service following widespread outrage over the deaths of his two neighbors whom he shot at close range. The incident was caught on video which later circulated on social media.

Prior to his dismissal, Nuezca was assigned to the Parañaque City Crime Laboratory.

He earlier pleaded not guilty to murder charges that were filed against him.

Nuezca previously faced two administrative cases for homicide in 2019 but was spared dismissal after both cases were found to be lacking substantial evidence.