CHEd steps into UP-DND row over ‘problematic’ accord, to broker talks 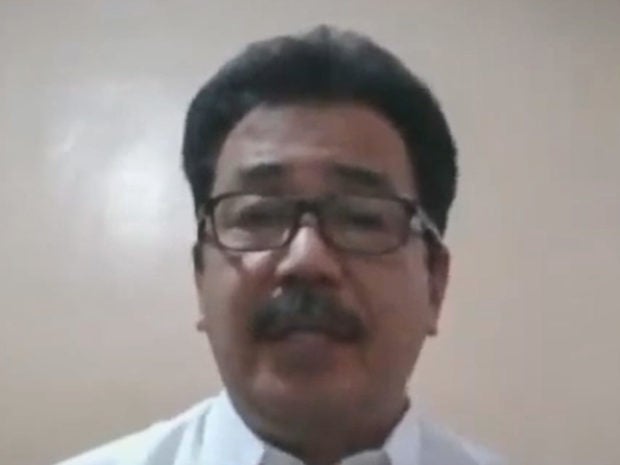 MANILA, Philippines — Commission on Higher Education (CHEd) chair Prospero de Vera said on Friday that the agreement barring unauthorized police and military presence at the University of the Philippines was “destined to be problematic.”

De Vera was a professor for public administration at the University of the Philippines (UP), and also served as a member and later on Chairman of the UP Board of Regents before he was tapped to join CHEd by President Rodrigo Duterte. CHEd has supervision over institutions offering secondary and tertiary education.

Weighing in on the unilateral abrogation of the agreement between UP and the Department of National Defense (DND), De Vera said this was bound to happen because of the vagueness of the terms of the accord.

“As a faculty member of UP for close to four decades, as Vice President for 5 years and Chairman of the Board of Regents for 4 years, I assert that the implementation of the DND-UP Accord was destined to be problematic,” he said in a statement.

“The Accord has no clear detailed operational details to implement the provisions of the agreement. The Joint Monitoring Group composed of UP regents and administrators, military and police officials has not met regularly to determine compliance with the agreement, review alleged violations, determine appropriate penalties, and recommend revisions in the Accord given the changing times,” he added.

Defense Secretary Delfin Lorenzana earlier sent a letter to UP President Danilo Concepcion informing him that the agreement has been revoked, based on recent events where UP students were supposedly recruited to join the communist armed movement.

Lorenzana’s move garnered fierce criticism from the UP community, including activist groups, students, faculty members, former students and even government officials, who claimed that the DND’s move smacks of oppression to discourage dissent.

But Lorenzana claimed that the DND was only seeking to secure the university from so-called enemies of the state.

Amid the fiery discussion on the matter from both sides, De Vera called on parties to sit down and iron out any disagreements on the UP-DND accord, especially on provisions that seemed open to misinterpretation.

“The DND-UP Accord is therefore rich in intention but short on details, and is therefore prone to differing interpretations. Yet the stakes on the lives and the future of students and schools are high. The vitriol unleashed in social media does not benefit anyone except those with a political agenda,” De Vera said.

“With the mandate of CHEd to attend to the welfare of both the students and their schools, we urge the DND, the UP, and all higher education institutions (HEIs) to exercise sobriety and to allow the CHED to call on everyone concerned to jointly discuss the issues especially when everyone have the same goals of student protection, academic freedom and promotion of education – all embodied in no less than the Constitution itself,” he added.

Given the mandate of his office, De Vera also gave assurance that he would be conducting a panel to discuss the issue and specify what the role of security forces should be, aside from inviting stakeholder to talk about the matter properly.

“This definition and framework can hopefully be the starting point of a dialogue between the DND and UP in the coming days. CHED is offering its offices to bring together not just UP and DND but all public and private HEIs so we can find common ground to protect the interest of our 3.1 million students while upholding academic freedom,” he noted.

Read Next
After VP feat, Harris likely to get another shot at history-making