MANDAUE CITY, Cebu, Philippines — Officials of Barangay Luz in Cebu City have again sounded the alarm bells after their Emergency Operations Center (EOC) reported a total of 12 active cases of the coronavirus disease.

They especially asked those who own rooms or houses for rent to be cautious in accommodating new renters or the returning renters who come from outside the city.

“Our landlords are encouraged to be more cautious in accepting renters or returning renters from their provinces,” barangay officials said in an advisory that was posted on the barangay’s official Facebook page on Friday, January 22.

Data from the barangay’s EOC show that the barangay now has 12 active cases, of which three were reported on Friday. 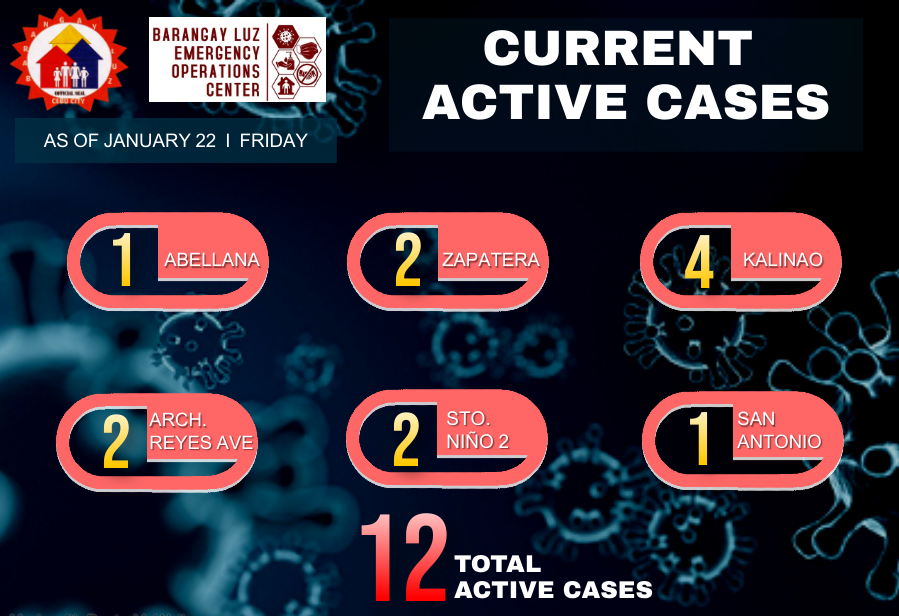 “We are experiencing a surge of COVID-19 cases with 7 new this week alone!” the barangay’s COVID-19 report read.

“After almost 2 months of [being] COVID-FREE, this is the fastest increase of cases in our barangay,” the report added.

Barangay Luz was among the Cebu City barangays placed on lockdown following a surge in cases of the infection last year.

Barangay officials said new cases resulted from “outside viral transmissions.”  These come from inbound travellers of the Locally Stranded Individuals (LSIs) and Authorized Persons Outside of Residence (APORs) who have returned to their homes.

The other cases were traced to have resulted from recent social gatherings and with some residents who have reported back for work.

Wanting to prevent any further rise in active cases, barangay officials are asking their constituents “to always rely on basic health protocols even though viral transmission is consistently tracked and contained.”/dbs