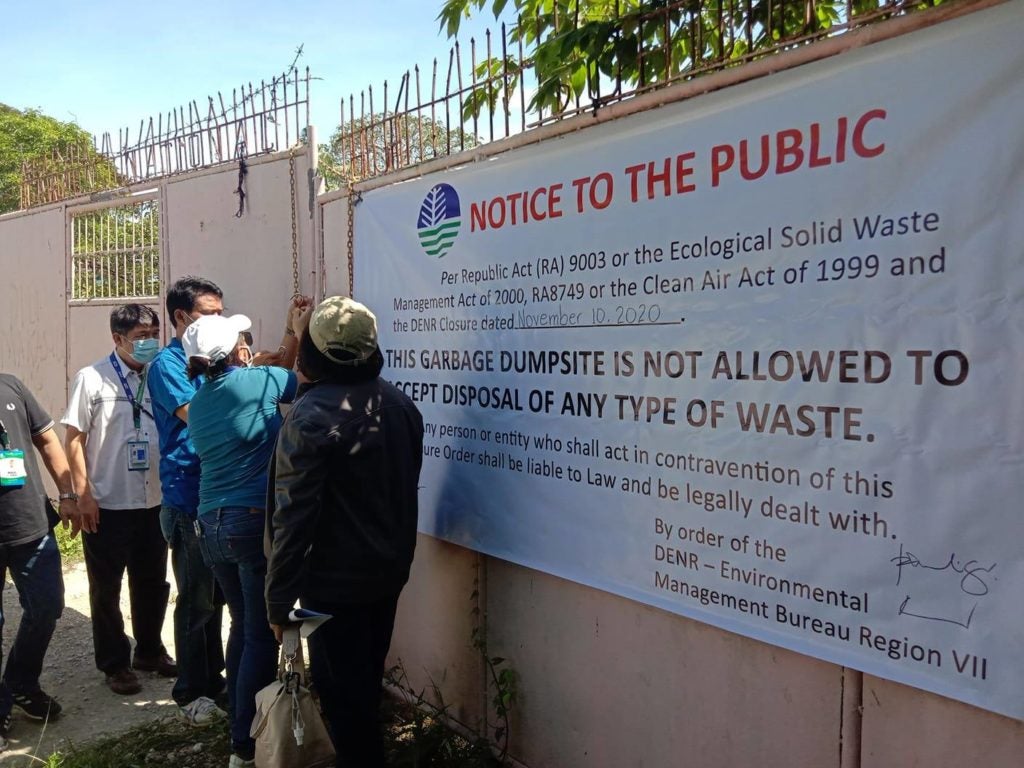 The closure was based on Republic Act 9003, or the Ecological Solid Waste Management Act of 2000, which prohibits operation of open dumpsites.

Claudio said that last year, DENR-7 has already issued a cease-and-desist order to the municipality of Carmen due to its continued operation of its open dumpsite.

The cease-and-desist order emphasized that the closure of the dumpsite meant that it will not anymore be allowed to accept disposal of any type of waste and any person or entity who shall act in contravention of the closure order shall be liable to the law.

“The mayor has committed actually to rehabilitate this. So by next week, they will be coordinating with us for the details of the safe closure and rehabilitation plan. Para itong area na ito, makikita ninyo, ma-isara nang husto. At the same time, ma-proteksyonan natin itong Luyang river,” Claudio said.

The said dumpsite is located just beside the Luyang river.

She added that the concerned LGU was long been advised to conduct immediate rehabilitation of the area, following the general guideline stipulated in the Safe Closure and Rehabilitation Plan (SCRP) of the open dumpsite and controlled dump facilities stipulated in Department Administrative Order No. 9 series of 2006.

Mayor Villamor, for his part, said that he did not know that some residents were still throwing their garbage in the dumpsite.

He said that the municipal government has no longer been operating the dumpsite for the past five months already.

He added that they have already established their own Material Recovery Facility (MRF), as well as their barangays.

Aside from this, the town is now identifying a sanitary landfill where they can throw their garbage that their MRF can no longer process.

He added that he is supporting the agency’s measure, so that the town can also protect the Luyang River, to prevent it from being contaminated, especially since this is the town’s source of water.

Read Next
Poe to DA: Include galunggong in price freeze, punish profiteering