Joseph Elgie Gentapa, the hit-and-run driver who killed a cyclist in an road accident in Naga City on Jan. 24, is arrested and detained at the Naga City Police Station on Jan. 25. | Photo courtesy of Naga Police Station

CEBU CITY, Philippines — The hit-and-run driver, whose pickup truck hit and killed a cyclist in Naga City on the early morning of Jan. 24, was arrested in Talisay City in the afternoon of Jan. 25. 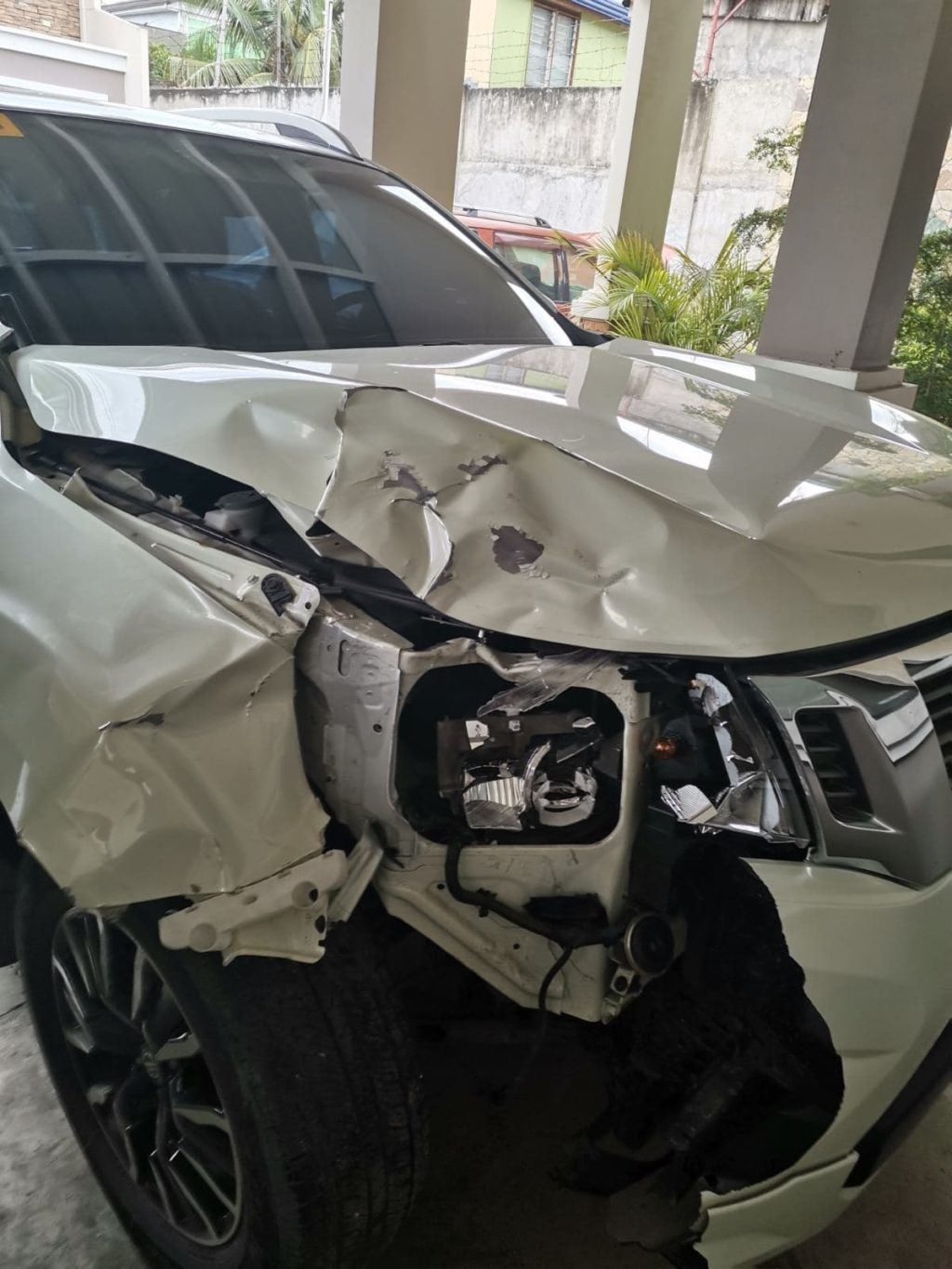 The right side of the pickup truck of Joseph Elgie Gentapa is damaged after the road accident involving cyclist, Jose Romilo Blanco. The cyclist died in the accident. | Photo courtesy of the Naga City Police Station

According to Police Lieutenant Colonel Florendo Fajardo, Naga City Police Station chief, in a police report of the accident, that the pickup truck was travelling on the Cebu City bound lane of the national highway in Barangay Colon, Naga City at past 4 a.m. of Jan. 24.

Suddenly, the pickup truck hit the cyclist traveling in front of the vehicle.

The impact threw the cyclist on the ground, killing him, and wrecking the bicycle.

The driver of the pickup truck did not stop to help the cyclist, but instead left him on the street.

The cyclist, Jose Romilo Blanco, died in the accident.

Naga police then conducted a hot pursuit operation against the hit-and-run driver, which led to Gentapa’s arrest.

Gentapa was detained at the Naga City Police Station.

Police said he would be facing charges of Reckless Imprudence resulting in Homicide, and violation of Section 55 of Republic Act 4136 for abandoning the victim in the area of the accident./dbs